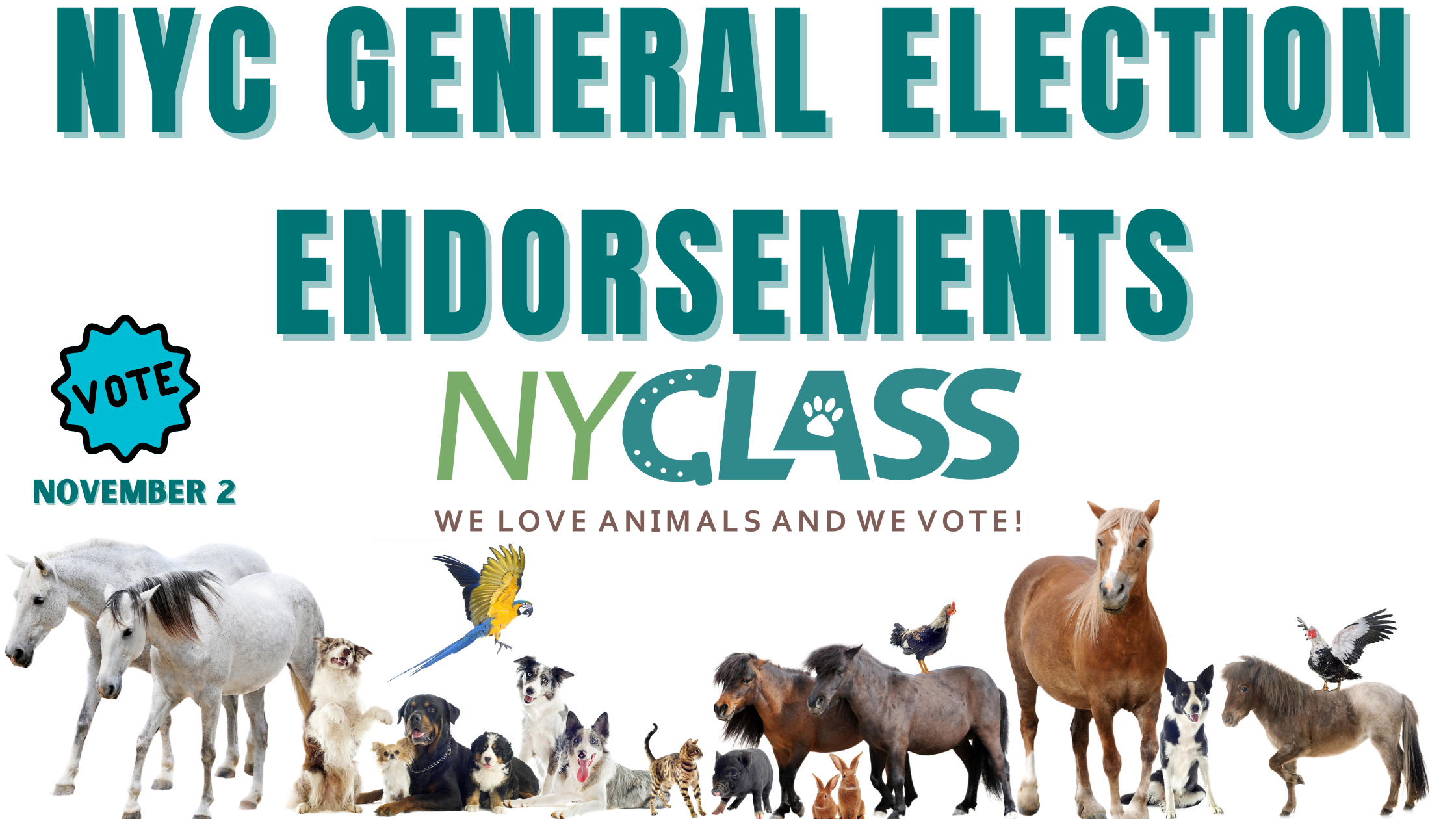 The animals are counting on us to protect them by voting for candidates on NOVEMBER 2nd who support life-saving animal rights legislation! NYCLASS is excited to share our 2021 General Election Endorsements for City Council, Borough President, and District Attorney in New York City! All of the candidates we endorse share our values about kindness to animals being an important part of social justice and a more compassionate, fair society for all. NYCLASS proudly supports these candidates who champion animal rights legislation that protects all animals - from pets, animals used for food and profit, to wildlife - and who will fight to end rampant carriage horse abuse in New York City.

VOTE FOR ANIMAL RIGHTS: General Election day is Tuesday, November 2 and polls will be open 6am to 9pm. Find your Election Day poll site HERE. Early voting starts Saturday, October 23 and goes until October 31. Click here to find your EARLY voting poll site and voting hours. We can only continue making history for animals in NYC if we elect pro-animal rights candidates into office. We are counting on you to VOTE for these compassionate candidates, and to encourage your friends and family to do the same! 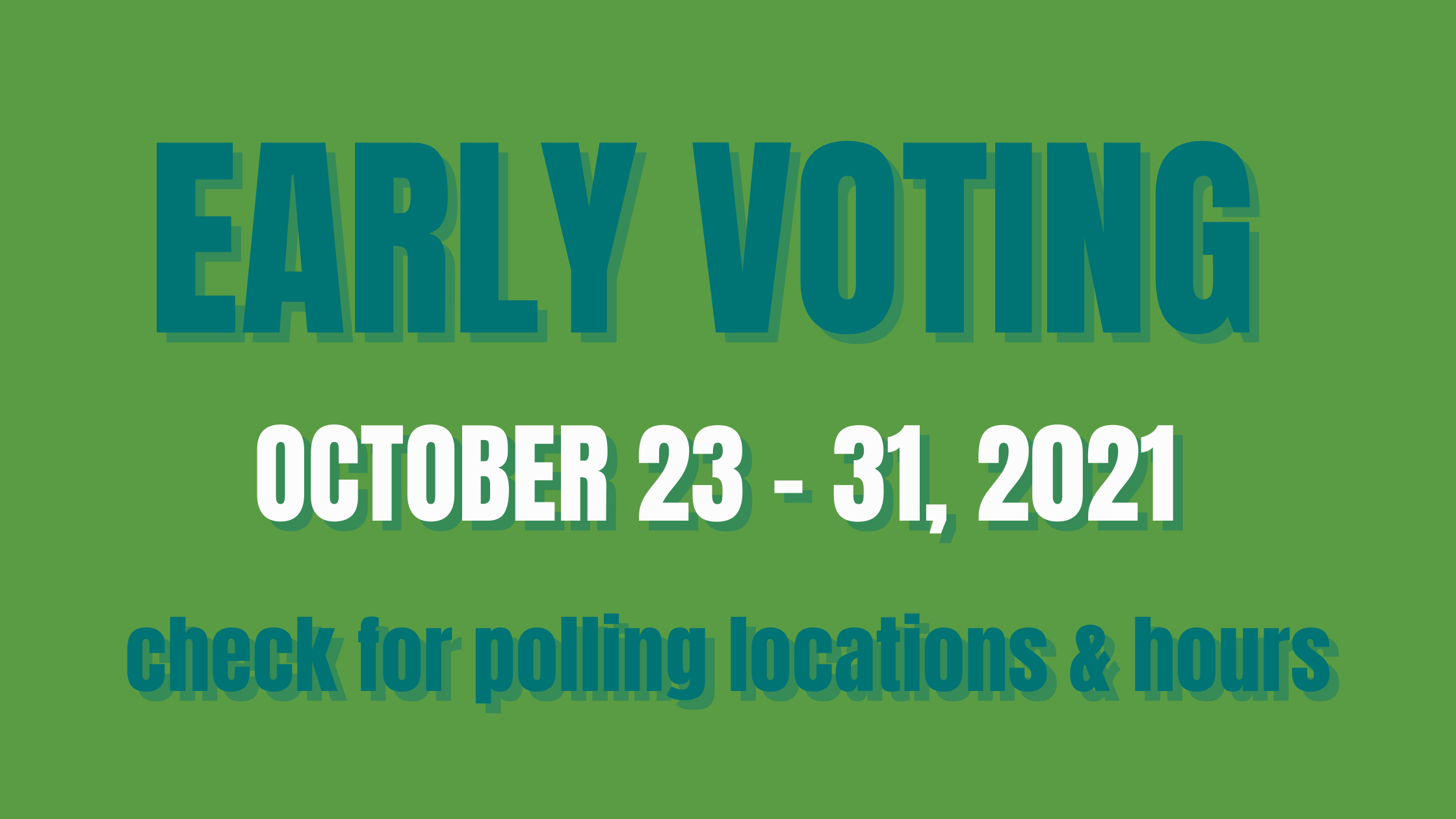 The animals cannot vote - but YOU can! Vote in the NOVEMBER 3 GENERAL ELECTION for the animal rights candidates who pledge to make New York City more humane for all residents - two-legged, four-legged, feathered and finned. 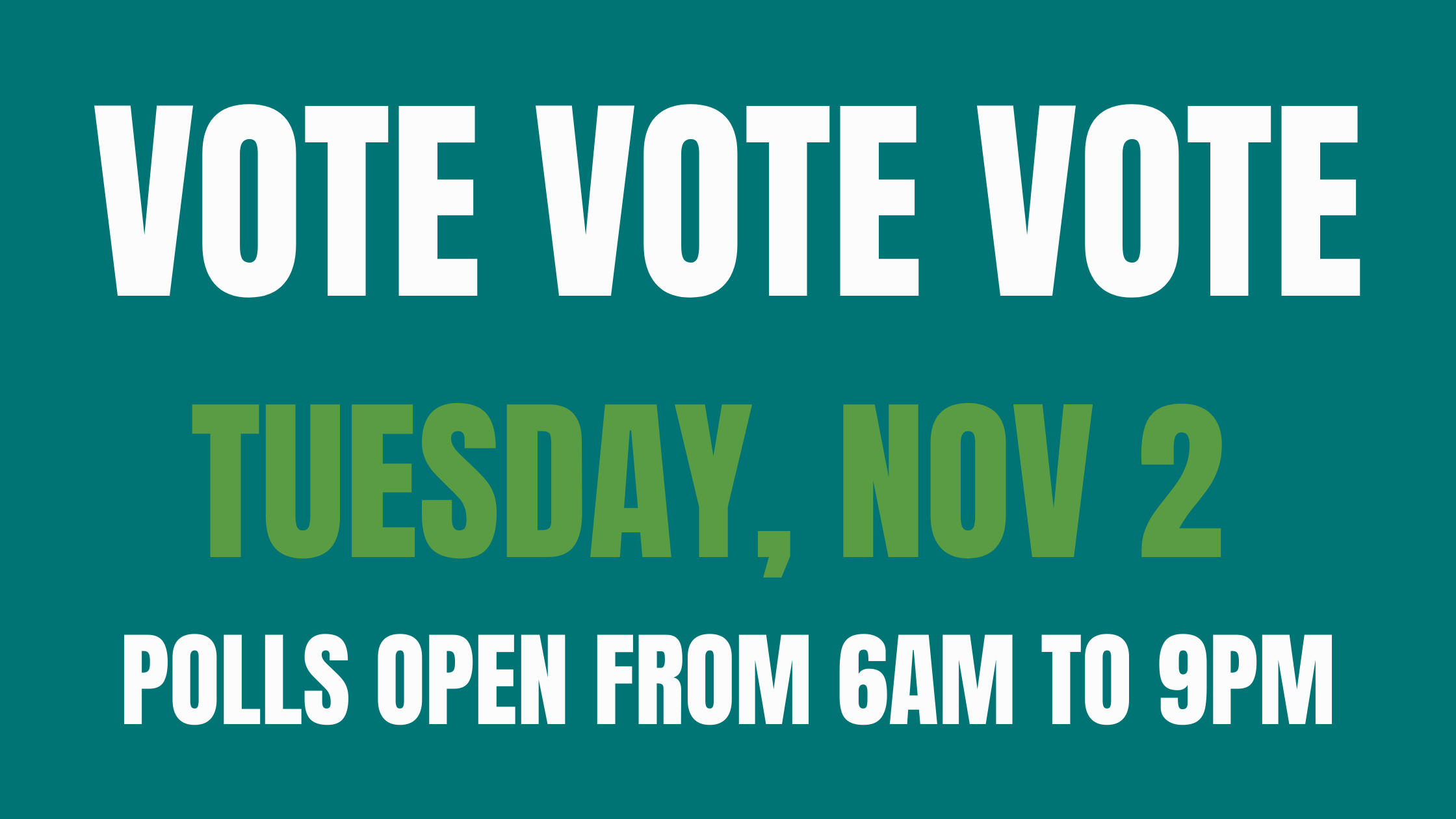