"Today's incident where three people were injured on the 65th Street Transverse when a horse carriage clipped and flipped a pedicab is yet another example of why horse carriages do not belong on congested city streets, and why this antiquated practice is unsafe for people and for horses.

Just over a month ago, a horse named Norman collapsed at 2:00AM on 50th Street and laid there for more than 20 minutes before he was able to get up. Despite claiming that he’s an advocate for animal rights, the Mayor still has done nothing and said nothing about Norman's collapse. Mr. Mayor, keep your word. It is outrageous that in the year 2016, there are still carriage horses working on busy NYC streets."

WHAT: Animal rights activists from NYCLASS, Animal Cruelty Exposure Fund, TheirTurn and Animals Battallion will protest at the home of Mayor de Blasio in light of the latest carriage horse accident. Despite a 14-year-old horse COLLAPSING in the middle of a Midtown Manhattan street at 2:00 AM over Labor Day weekend, Mayor Bill de Blasio has been SILENT. He claims to be an animal advocate, but has done zero to protect the horses. His Department of Health hasn't taken any action, either. And if the brave, compassionate witness to the accident had not spoken up to expose what happened to the overworked horse, no one would have even known about it. The Mayor and the Department of Health hid Norman's incident from the public. 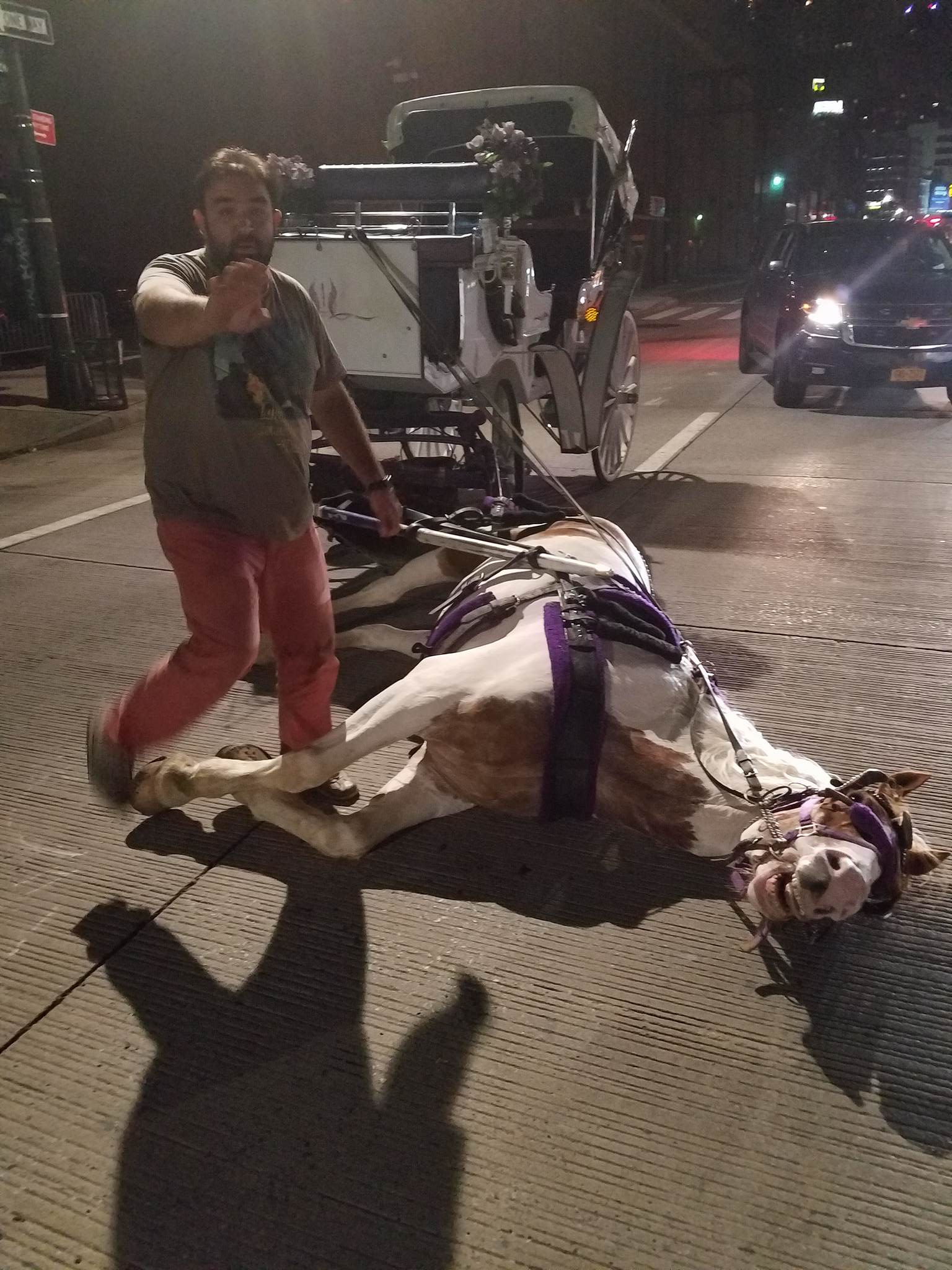 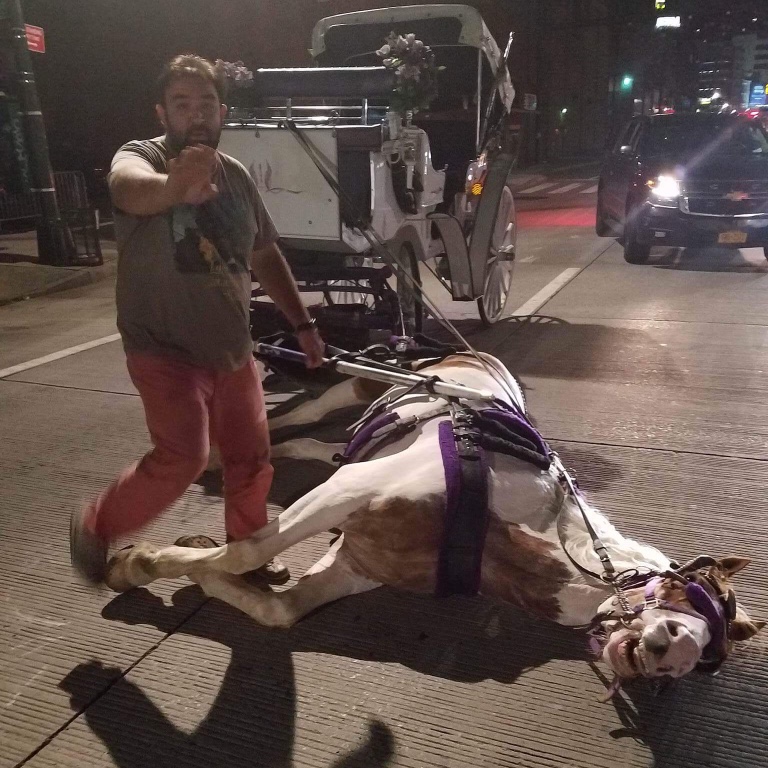 Hundreds of animal rights activists from NYC and beyond will hold a demonstration against the abuse of animals in Union Square. Demonstrators will present over 100 dead animals in solidarity with abused animals in New York City and the world. This is the 6th annual National Animal Rights Day held in NYC with currently 15 other cities holding the same event in the US and Canada.

NYCLASS: “The greatest city in the world deserves a world-class animal shelter system”

BRONX – City-led pet adoptions in New York City shelters are set to double over the next few years – to nearly 16,000 – as a result of the new full-service animal shelters coming to Queens and the Bronx, according to new projections released today by NYCLASS and Bronx Council Members.

The new projections come on the heels of Mayor Bill de Blasio’s inclusion of $10 million for the design and siting of new shelters in the two boroughs – an investment that has been at the core of NYCLASS’ agenda for years.

“NYCLASS believes that the greatest city in the world deserves a world-class animal shelter system – with full-service shelters in every borough,” said Allie Taylor, Executive Director of NYCLASS. “These projections show that not only will the new full-service shelters mean better, more humane care for shelter animals, but they will help connect more New Yorkers to loving companions. It’s a win-win for animals and for New Yorkers.”

Specifically, the projections show that city-led pet adoptions will jump to nearly 16,000 by 2018, up from approximately 7,000 this year (Table below) – primarily as a result of building brick and mortar facilities in each borough to expand pet adoption.

The projection assumes modest growth in the number of overall adoptions – a three percent increase year over year. It also assumes that the new shelters will have similar adoption levels as their counterparts in Manhattan and Brooklyn. The numbers include all types of animal adoptions.

"This is great news for animals and animal lovers,” said Bronx Borough President Ruben Diaz Jr. "This project has been a major priority for many of my constituents, and I am happy to join NYCLASS today to celebrate the funding of a full-service animal shelter in my borough. “thanks to the inclusion of this funding in the budget by Mayor de Blasio, we will create a space where animals can receive humane care while pet lovers will have a place where they can adopt a new member of their family, helping reduce animal homelessness and abuse."

“The creation of full-service animal shelters in the Bronx and Queens is a win for all New Yorkers. These shelters will ensure that more pets will be adopted, making our great City even more humane. I applaud Mayor de Blasio, my colleagues in the Council and all of the advocates who made this a reality. I am committed to working with the City to finding the right location for this future Bronx shelter,” said Council Member Andrew Cohen.

Both Queens and the Bronx currently lack full-service animal shelters and the medical services and adoptions they provide. Instead, residents in these boroughs only have access to receiving centers – meaning that they must travel to another community or wait for a mobile adoption truck – if they want to adopt a pet. This creates an unfair obstacle for adoption for residents of Queens and the Bronx.

Council Member Fernando Cabrera said, “I am thrilled that the Bronx will finally be gaining a full-service animal shelter. Many of the residents of our borough desire to provide animals with safe homes, and now they will be able to do that without facing a number of obstacles. I applaud Mayor de Blasio, Speaker Melissa Mark-Viverito, my colleagues in the Council, and all the advocates who fought so hard to bring animal rescue, medical, and adoption services to the Bronx.”

Council Member Annabel Palma said, "I am deeply gratified that funding in this year’s budget has been earmarked for the construction of a full-service, city operated animal shelter within the Bronx. For too long, owners of pets, animal rescuers, and other activists focused on the concerns of injured animals, have been underserved in our great borough. I think this is a big step the city is taking toward creating a more humane environment for these creatures in need."

Council Member Ritchie Torres said, "The creation of a full-service animal shelter in the Bronx is a victory for all who have been pushing for this necessary service in the borough. It will ensure our furry friends get the treatment and care they deserve. I applaud the Council and Administration for including the creation of animal shelters in the Bronx and Queens in the FY17 City Budget."

"When it comes to the safety of our furry companions, once again the Bronx is the forgotten borough. We demand the Mayor keep his promise to every animal loving constituent in the city and build a new full-service animal shelter in the Bronx," said NY State Committeeman Kenny Agosto (D), 78th AD. 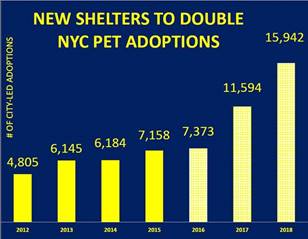 Above: NYCLASS projections for city-led animal adoptions over the next several years as a result of the construction of two new full-service shelters.

NYCLASS: We Love Animals and We Vote

NYCLASS is an animal advocacy organization committed to creating a more humane city for all New Yorkers, two-legged and four-legged. We believe in the power of organizing and mobilizing the animal protection voting bloc to move humane legislation. Founded in 2008, NYCLASS has grown to over a quarter million supporters with activist chapters in all five boroughs.

Statement from Mike McKeon: “What's said on this old, recycled tape that we believe investigators have had for years amounts to nothing more than advocates who care passionately about their cause contemplating changing their political allegiances to advance their heartfelt agenda and decrying the moral bankruptcy of our local government. What's wrong with that? Nothing at all. It's called political advocacy.”

Posted on News by Nyclass · May 10, 2016 1:25 PM
Calls on state leaders to approve the policy immediately and use it as a model across New York
Read more