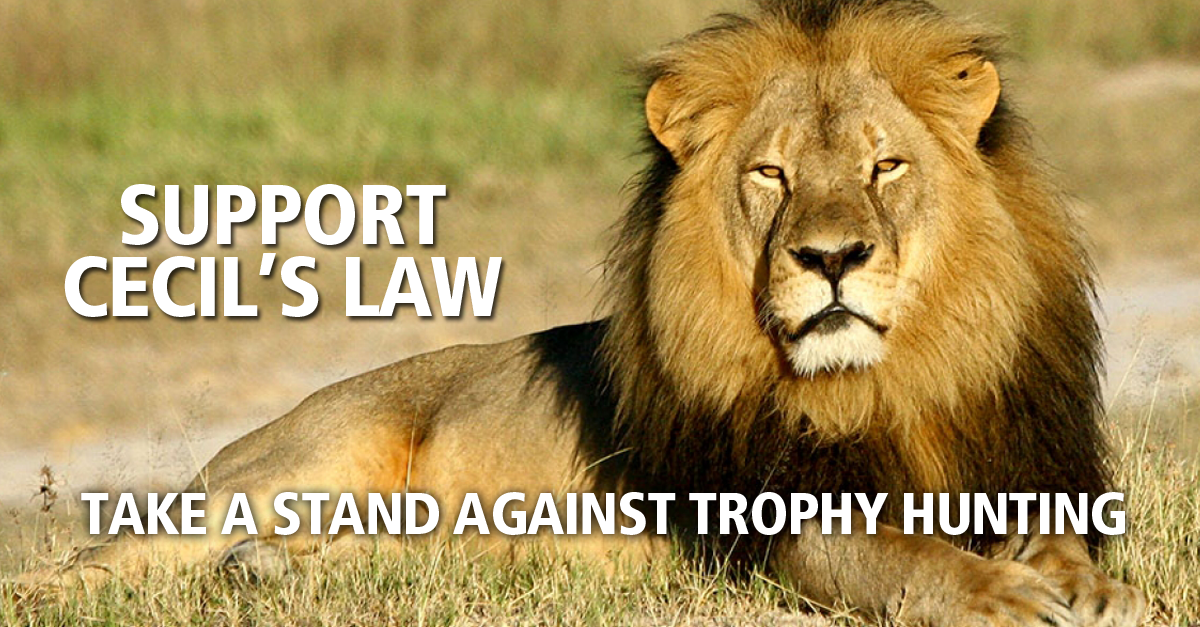 The New York State Senate and Assembly has introduced legislation to crack down on trophy hunting abroad. (The bills are S.4686A, S.6072, A.8394.) This law would put in place a statewide prohibition on the importation, possession, sale, or transportation of the remains of elephants, lions, leopards and rhinos. These magnificent animals are all facing extinction because of poaching and sport hunting. Cecil's Law will be a huge step towards ending trophy hunting because of New York's role as a major transportation hub for transporting the big dead animal corpses called "trophies" that hunters bring home. It's barbaric and cruel and NO animal should ever be hunted. JFK Airport is one of the nation's largest sources of transport for these remains. Shutting down this access point will be a huge victory.

Add your name to show your support for Cecil's Law!