ANOTHER SICK CARRIAGE HORSE BEING WORKED! 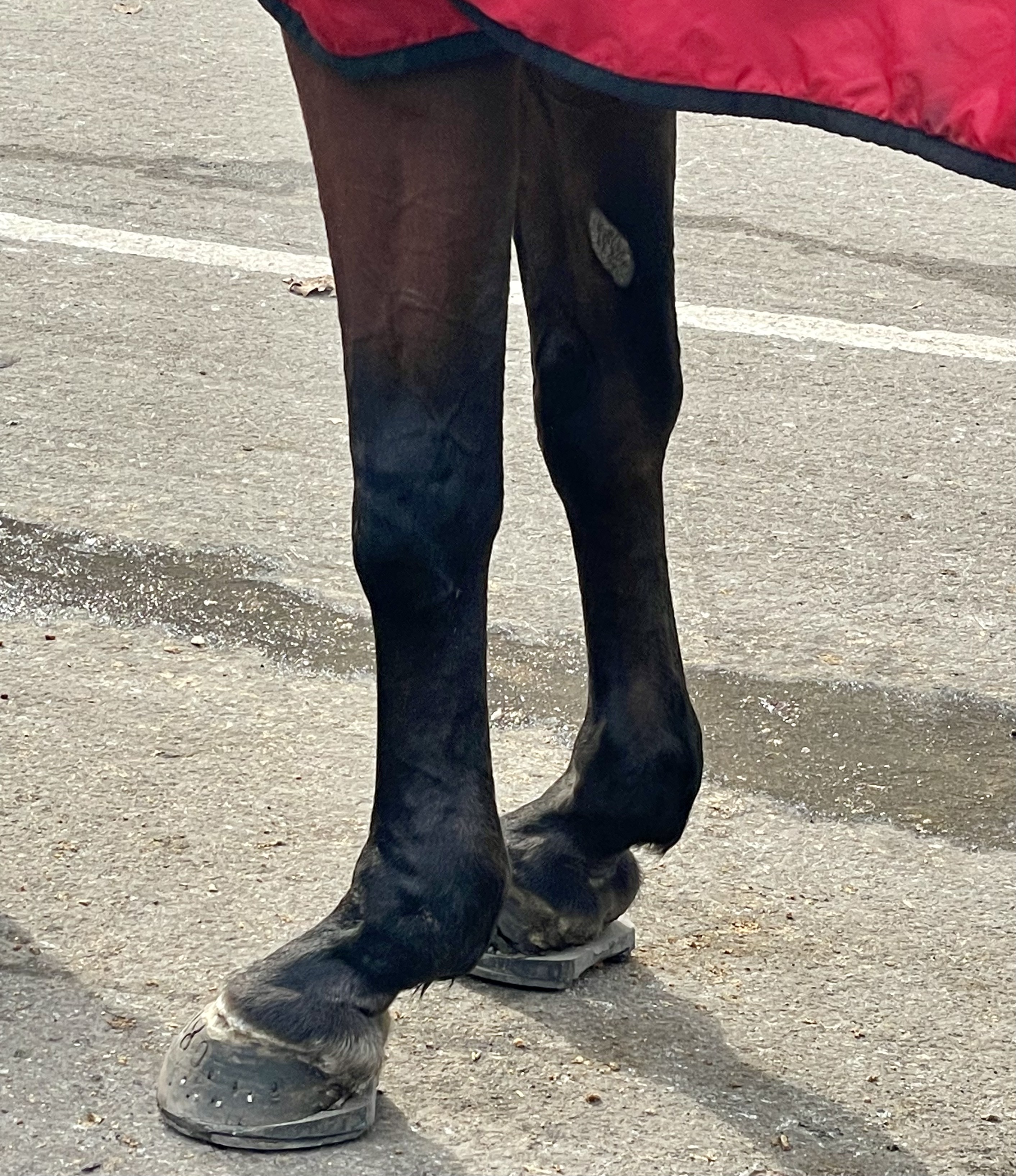 NYCLASS calls on NYC to remove unwell animal from streets and offers to fully pay for veterinary treatment and care of this horse.

Another sick horse was recorded pulling a carriage in Central Park this weekend with what appears to be severe arthritis or an even more serious degenerative condition, according to an equine veterinarian. NYCLASS called on the city to remove this horse from the streets and investigate whether forcing the horse to work under these conditions violates animal cruelty laws.

NYCLASS discovered a horse being worked in alarming condition Sunday afternoon, with painful looking, abnormally shaped and swollen fetlocks, and is calling on the City to remove this animal from the streets to be thoroughly examined and treated. The group is also calling on the NYPD Animal Cruelty Investigation Squad to launch an investigation.  An equine veterinarian and other horse experts reviewed footage and pictures of this horse and agree that this "looks suspicious of not only some fetlock Osteoarthritis, but probably some suspensory branch desmitis."

"These are serious degenerative conditions that are painful and can be deadly, and need to be immediately treated. It's abuse for a horse who appears to suffer from these conditions to be chained up, pulling heavy carriages and pounding pavement ten hours a day. NYCLASS is offering to fully pay for veterinary treatment and care of this horse, since it is clear that the carriage horse owners are incapable of doing so. How much more abuse must be exposed before the City Council and Mayor de Blasio take action to end this madness?" said Edita Birnkrant, NYCLASS Executive Director.

Click here to see a recent video from NYCLASS calling for a ban on horse carriages in NYC.