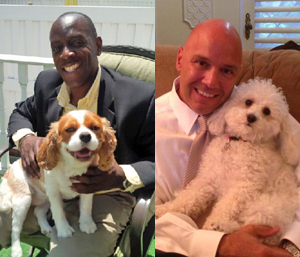 That's right -- we didn't just defeat Christine Quinn. We elected dozens of animal-friendly City Council candidates across NYC, like Daneek and Paul.  In these two hotly contested elections in Queens, humane voters were the margin of victory!

Last week, we raised $1,586 towards our goal of raising $5,000 to help humane City Council candidates win the upcoming General Election in November.

Every penny you give helps us ensure animals have a paw at the table in City Hall. Chip in $5 or more >>

Paul's election especially is perfect example of how cat ladies and dog dads like you and me can elect animal advocates to office. Every vote and every resource that we committed mattered -- Paul defeated a pro-carriage industry shill by a razor thin margin of 194 votes!

In these close City Council races, we played a major role by educating humane voters and mobilizing our members to get to the polls. NYCLASS paw power won these races.

We're on a roll! Chip in $5 or more to help us elect more Animal Heroes: