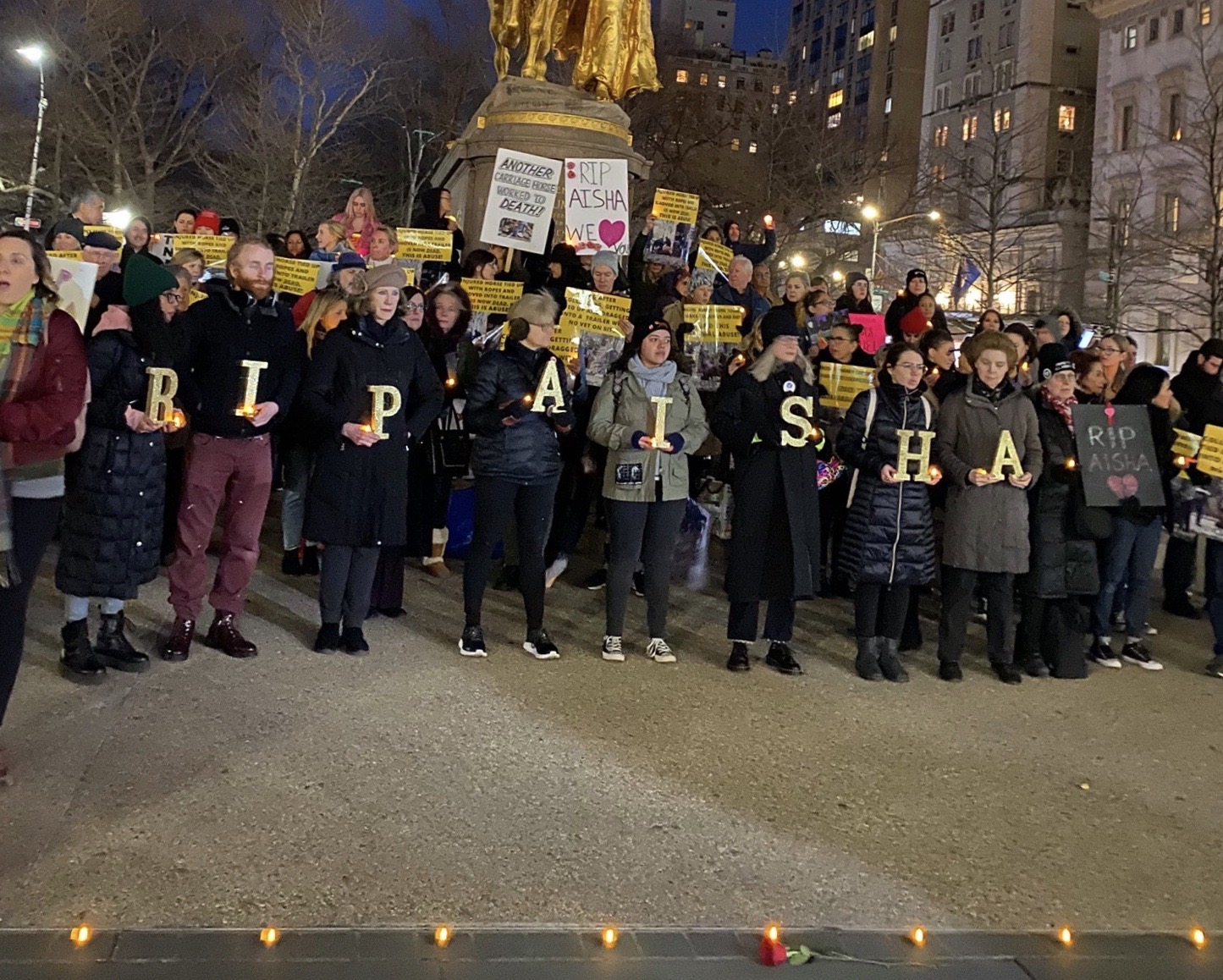 NYCLASS held a massive Candlelight Vigil on March 5th to honor Aisha, the 12-year old carriage horse who violently collapsed in Central Park and died an agonizing death Feb. 29th after being inhumanely handled by inept carriage drivers with NO veterinarian on site. Aisha is the third horse in three months to die in the NYC horse carriage industry.

NYCLASS activists Kiirstin Marilyn and Kirk Miller beautifully performed the Sia song "I'm in Here" in honor of Aisha and for the countless suffering carriage horses trapped and dying in this cruel industry.

We then placed flowers and candles at the site of Aisha's collapse. We also called on the City to SHUT DOWN this abusive industry while the NYPD's Animal Cruelty Investigation Squad investigates Aisha's death at our demand.

The New York Times reported on the growing outrage from both New York City elected officials and people around the world after NYCLASS released the gut-wrenching video of Aisha's collapse and torment. But Aisha is just the carriage industry's latest victim. In the past several weeks alone NYCLASS has documented and exposed an emaciated horse named Tommy being forced to pull a carriage with his ribs sticking out and reported on a different horse that was electrocuted one the street and then crashed and collapsed.  We have also documented and reported multiple carriage drivers continually breaking the law by forcing horses into congested traffic areas like Times Square to unlawfully solicit rides.

Carriage horse abuse in New York City it OUT OF CONTROL and it is time we END IT! Please donate today to help us SHUT DOWN this abuse once and for all. 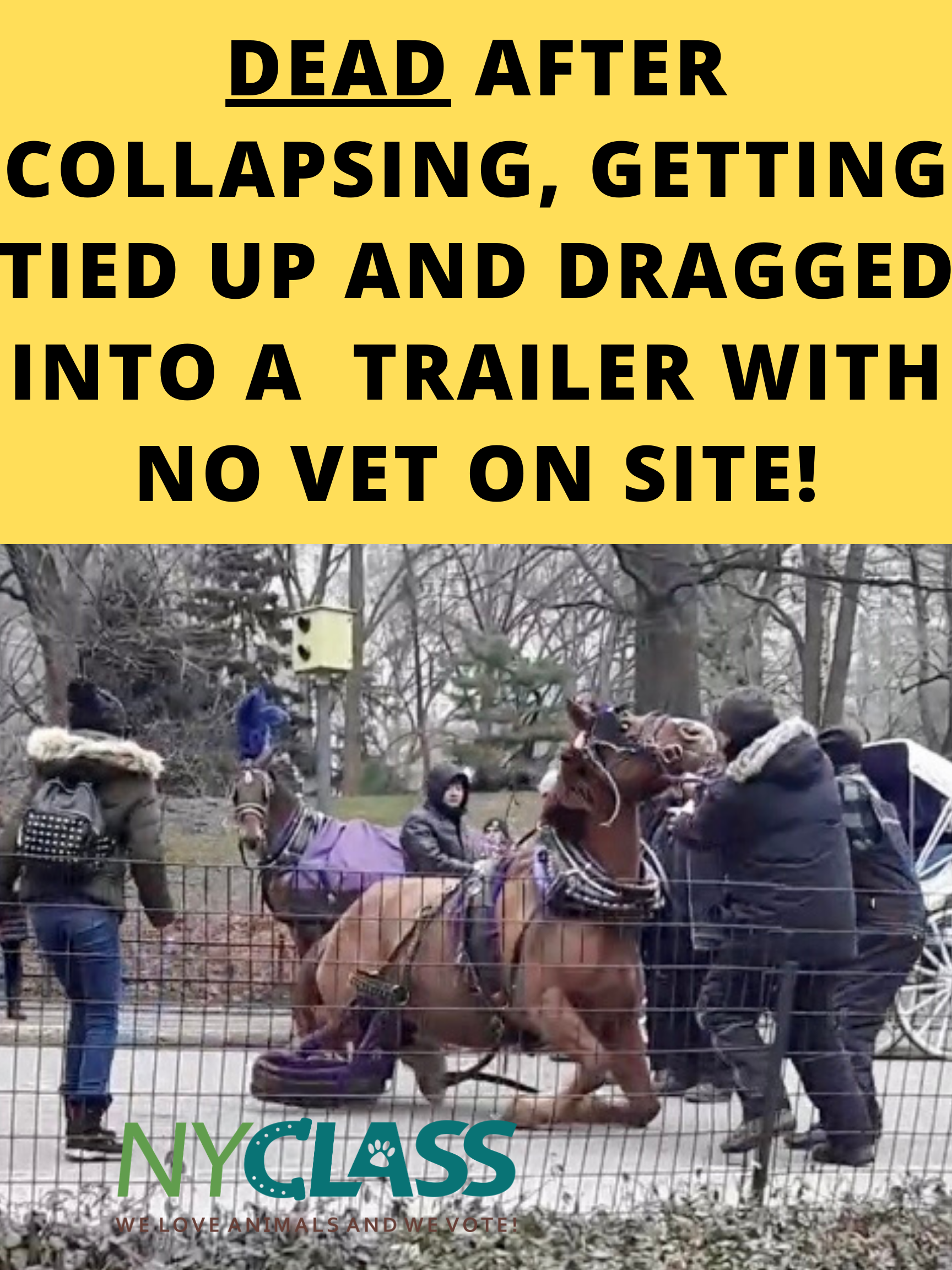 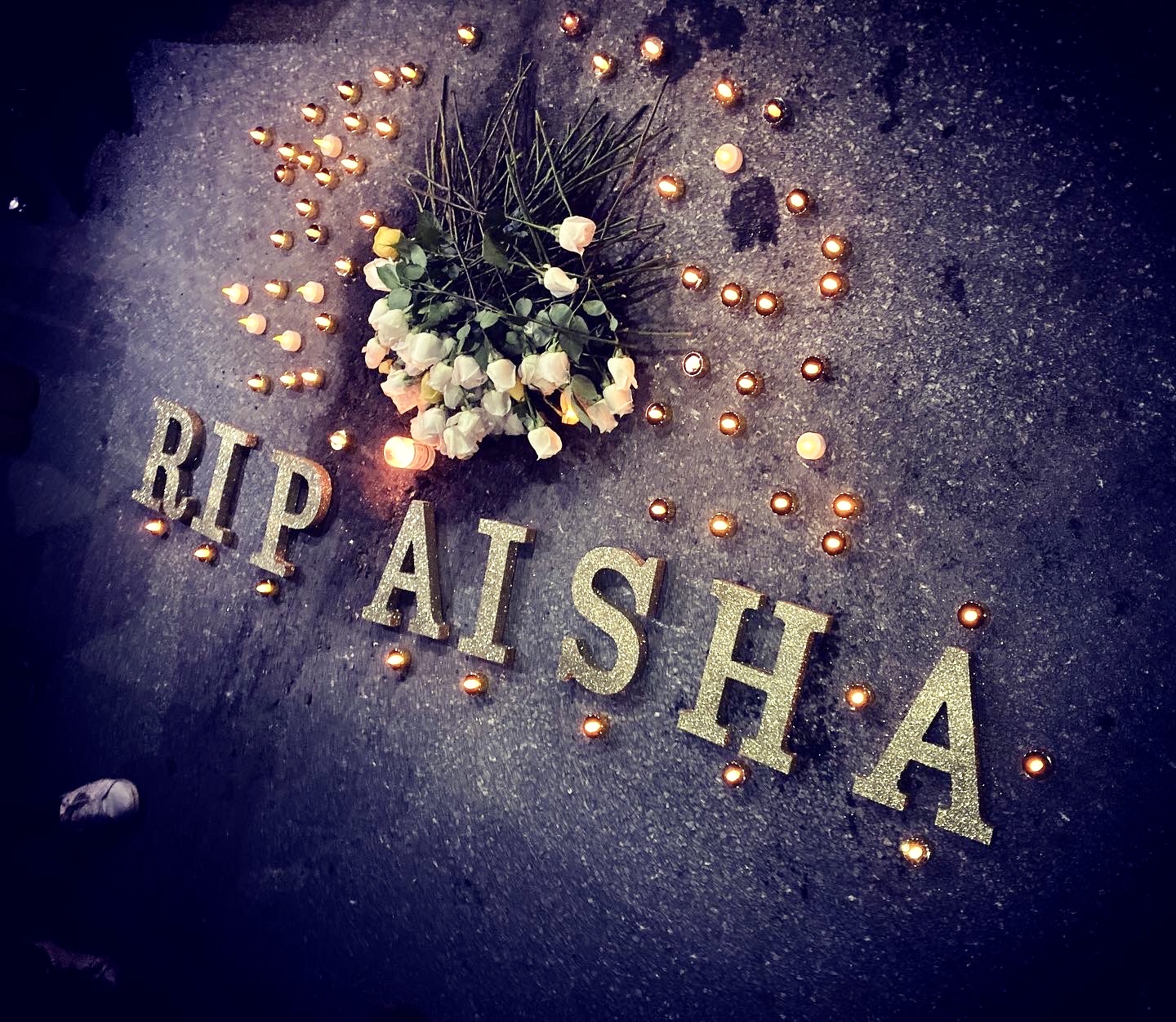