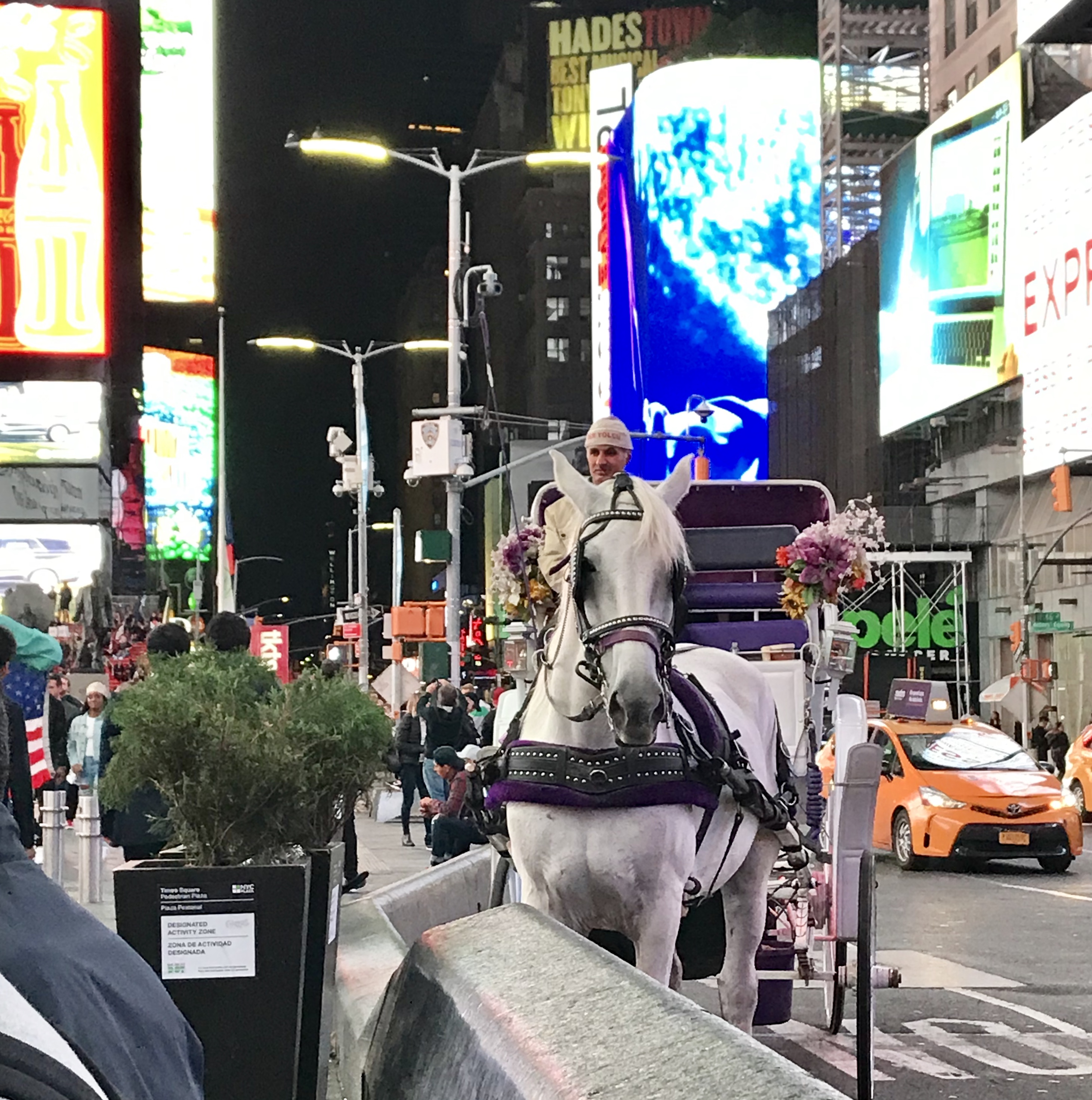 New York, NY – On Monday, September 30th, multiple horse carriage drivers were caught on video soliciting passengers on 7th Avenue and 44th Street, 15 blocks from the City’s newly designated hack line in Central Park. But this is just the tip of the iceberg of drivers violating the rules designed to protect both the horses and the public.

Beginning in March of this year, the City moved the hack lines – where carriage drivers can pick up passengers – off of 59th Street and into Central Park, a long overdue policy move that made working conditions noticeably better for the city’s carriage horses.

“Moving the hack line into Central Park was an encouraging policy shift by the City. Forcing horses out among traffic, on to hot pavement, with cars and buses speeding by never made sense, said Edita Birnkrant, Executive Director of NYCLASS. “Sadly however, since implementing that change the City has completely failed to enforce the new rules. The predictable result being countless drivers recklessly endangering their horses by unlawfully soliciting rides not just at the old hack line location on 59th Street and outside the Natural History Museum, but now brazenly in the heart of Times Square. If the City isn’t willing to enforce the new rules, they’re meaningless. The City needs to step up enforcement and they need to do it today.”