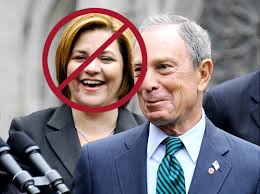 Where do the Mayoral candidates stand on our issues?

(New York, NY) –Today, NYCLASS revealed it’s 2013 Humane Scorecard showing where each of the Mayoral candidates stands on various animal protection issues. The “Humane Scorecard” includes issues such requiring fire sprinklers in pet stores and building animal shelters in the Bronx and Queens. While her opponents received approving check marks on each issue, Speaker Quinn failed in every single category.

“This scorecard makes perfectly clear to voters that Speaker Christine Quinn is no friend of animals,” Allie Feldman, Executive Director of NYCLASS said. “Her record on the Council speaks for itself. Throughout her entire tenure, every single meaningful bill calling for the humane treatment of animals was precluded from a Council body vote. I hope this scorecard helps New Yorkers see who Speaker Quinn really is and convinces them to elect a Mayor that will fight for animal protection.” 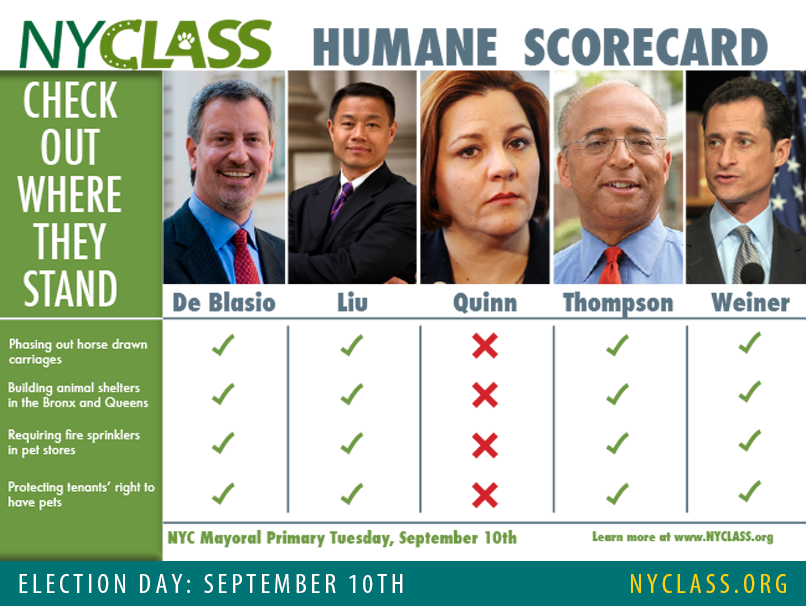