“NYCLASS proudly endorses six candidates for City Council in Brooklyn,” Allie Feldman, Executive Director of NYCLASS said. “These candidates have vowed to stand by us as we fight to stop the abuse of NYC carriage horses and support a pilot program to replace the horses with electric cars. Protecting New York City’s animals is our number one priority, and we look forward to working closely with these candidates during their campaign and throughout their term on the City Council.”

Candidates are also in support of other humane legislation such as mandating fire sprinklers in pet stores, reforming the city animal shelter system (Animal Care & Control), banning puppy mills and protecting senior citizens' right to have a companion animal. 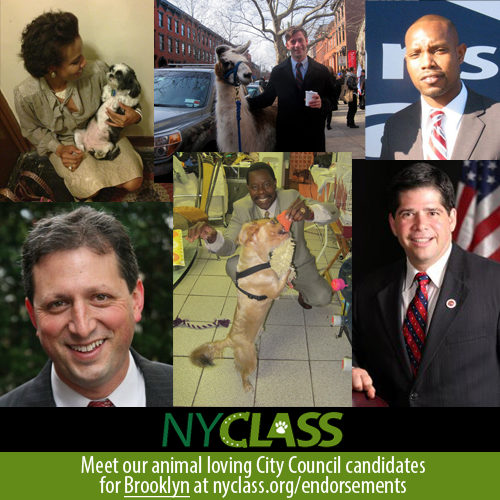