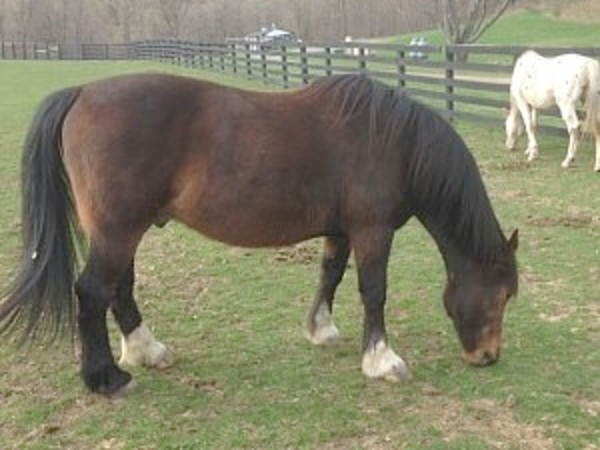 Mayor Michael Bloomberg misled the public in claiming that 210 hard-working carriage horses would go to slaughter if New York City's carriage trade is shut down after next Tuesday's election.

So that won't happen? The horses won't end up in a slaughterhouse, as stated in two separate Daily Newsarticles, including "Bloomberg: If carriage horse business ends, horses will die" appearing on October 29,and another published the same day entitled "EXCLUSIVE: Both major mayoral candidates want to ban horse-drawn carriage rides in Central Park, but the effort to 'rescue' the horses could lead to their slaughter instead" ?

Not according to Jackie Beckstead, Director of Accreditation and Field Operations for theGlobal Federation of Animal Sanctuaries (GFAS).

This is a non-profit organization formed in 2007 by nationally and internationally recognized leaders in the animal protection field for the sole purpose of strengthening and supporting the work of animal sanctuaries worldwide. And since the Daily News articles came out claiming that none of the horses would find homes, Ms. Beckstead and GFAS have been quietly working to make sure that no NYC carriage horse faces the fate that the mayor is predicting.

"This isn't about politics," she says. "It's about finding homes for all of the horses, and there won't be a problem doing that."

Since the articles came out, she's contacted her extensive network of sanctuaries that take draft horses-precisely the breed who the soon-to-be-ex mayorand the grouchy NY tabloid seem intent on turning into horsemeat-and found plenty of takers.

"We found out who can take the horses and how many," Beckstead states. "We are told by some of our experienced equine sanctuaries that there is actually a waiting list of good homes for retired carriage horses."

Making their owners over $15 million a year, these horses have earned a peaceful and safe retirement. If the owners truly care about their horses, as so many claim, then providing for their safety seems a reasonable expectation.

But doesn't filling up sanctuaries with carriage horses that could just as easily keep working displace other equines at risk of going slaughter?Not if the owners make their own provisions for the animals, as many have claimed they will do, Beckstead argues.

There are 9.2 million horses in the U.S., millions of horse owners, thousands of horse-related businesses and hundreds of equine rescues. "The equine community can easily absorb the small number of horses that are in need of homes if and when the carriage horse industry is closed," Beckstead offers.

Even so, carriage horses still in their working prime have substantial economic value, so many will almost certainly be purchased by other carriage horse businesses. "That's what we hear from our draft horse rescues," she adds.

Hopefully, those that continue working will find a more equine friendly environment than they did under theBloomberg administration-preferably in a place where the hometown reporter bothers to fact-check the mayor's claims.