NYCLASS, PETA, and compassionate New Yorkers took to the streets yesterday to protest and hold a press conference to call on New York City Council to END horse abuse on the 1-year anniversary of carriage horse Aysha's agonizing, collapse and death. NYCLASS and NY Veterinarians exposed Aysha's autopsy results that reveal her preventable death was caused by severe industry-wide neglect and an underlying, undiagnosed and untreated disease, Polysaccharide Storage Myopathy (PSSM) that is easily treated through dietary changes.  Watch a live report of the protest that aired on the Jane Unchained News Network.

Aysha was a sick horse chained to a carriage she was forced to pull until she dropped - she was killed by cruelty. And she's just one of many victims of the cruel carriage horse industry that denies all that is natural to horses in order to exploit them for profit.  After the press conference we marched over to the exact spot where Aysha collapsed to leave flowers and honor her with a beautiful song sung by Kiirstin Marilyn.

Sick and suffering carriage are being continually worked, partly as a result of the NYC Department of Health and the industry's inadequate in-stall vet exams that enable animal abuse. Common serious and painful ailments in carriage horses such as lameness, arthritis and chronic obstructive pulmonary disease go unchecked and untreated.  Some horses collapse and die on the street like Aysha, but others die less visibly in their stalls of colic or languish for years despite their ailments and pain to pull heavy carriages. Enough is enough! Tell NYC Council: #BanHorseCarriages 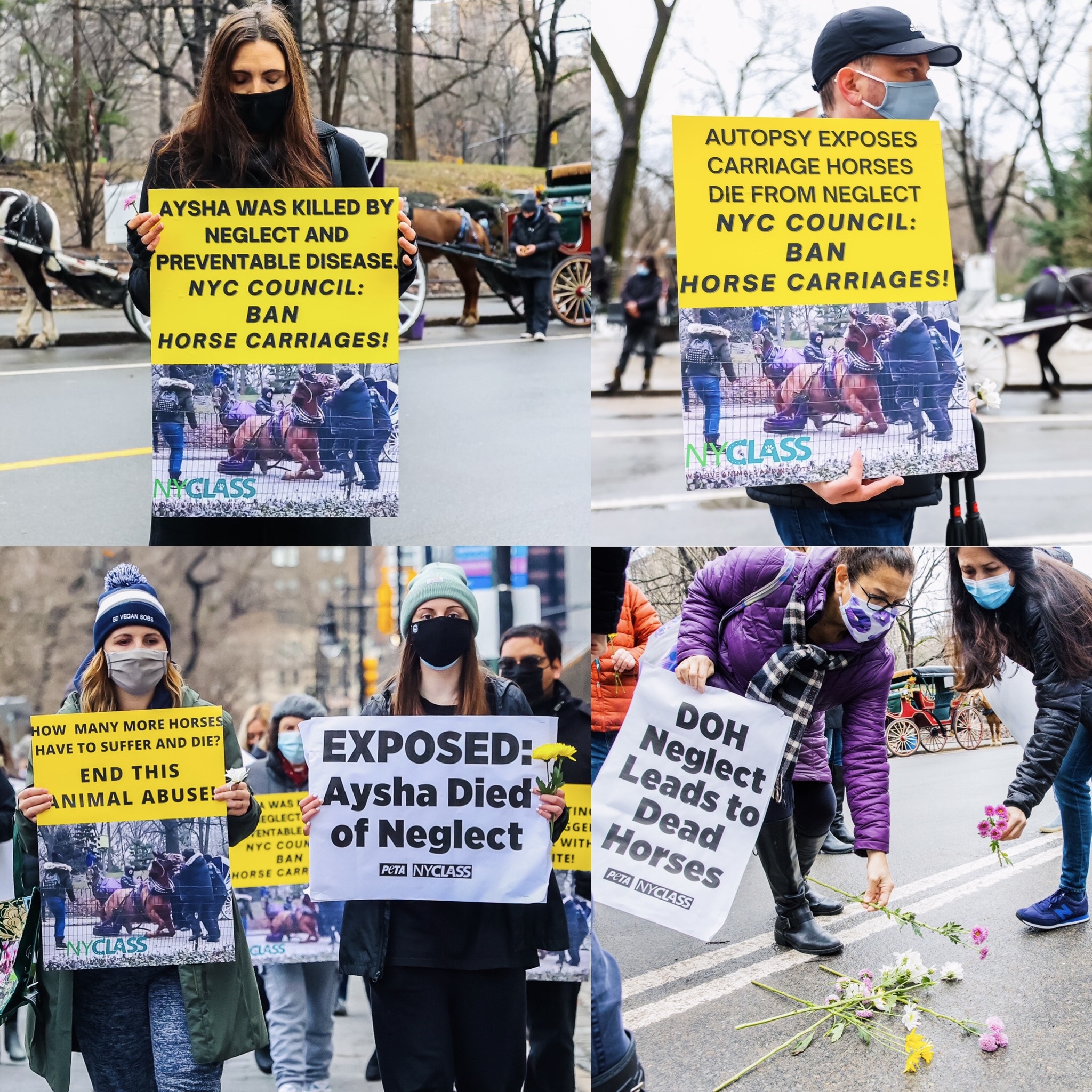 NYCLASS protest and tribute to Aysha, a NYC carriage horse killed by cruelty and neglect.