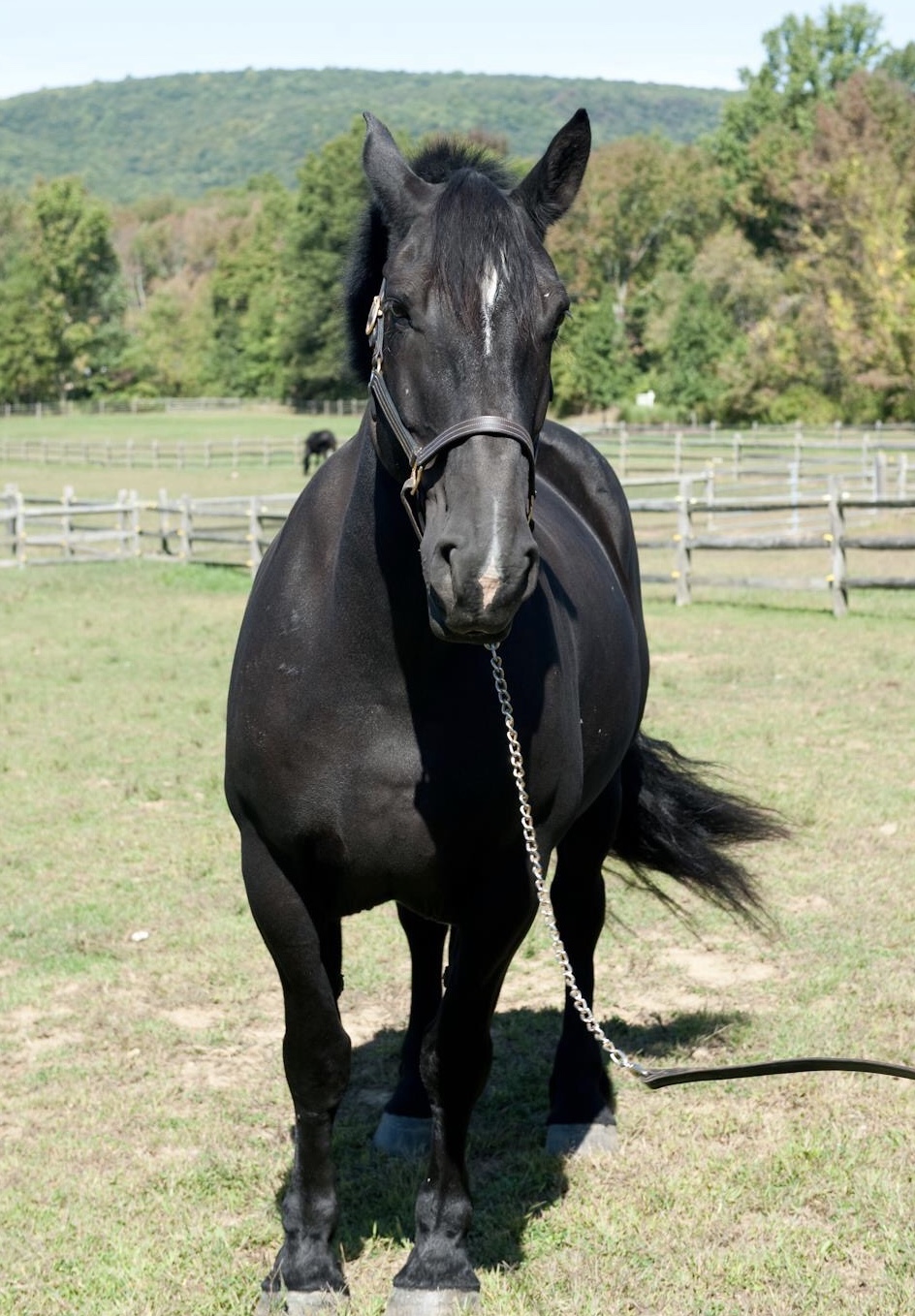 (Chance, the NYC carriage horse NYCLASS rescued from slaughter in 2010)

NYCLASS released the letter below to the entire NYC Council, detailing the crisis of NYC carriage horses being sent to slaughter due to no official retirement policy codified into law and lack of proper legal protections. We are urging the Council to solve this problem by passing legislation so that each and every horse gets to live the rest of their lives in freedom and peace like Chance, the former carriage horse NYCLASS rescued from slaughter.

Last month, Blue Star Equiculture, a troubled horse farm in Massachusetts – and home to several retired Central Park carriage horses - suddenly shut down. The farm's closing is deeply concerning news, as it was the carriage industry's only known location for retiring a handful of carriage horses out of the hundreds that cycle through the industry every few years.

Although Blue Star was not an ideal retirement home for carriage horses as they often sold horses they took in, it was still preferable to the usual grim scenario of spent horses being sold, possibly ending up in Canadian or Mexican slaughterhouse. Moreover, New York’s carriage industry is not legally accountable for their horse’s retirement, and sale records for horses sold outside of the city are not required to be submitted to the Department of Health.

This is all possible because there is no official retirement policy for carriage horses or any meaningful codified standards for where horses end up after they can no longer pull carriages.

The result has been our organization and other advocates needing to jump in and rescue former carriage horses from slaughter.

In 2010, NYCLASS rescued Chance, a black Percheron mare who worked as a carriage horse for years. Today, she lives in freedom on a private farm in New Jersey where she is given the love and care she deserves. In her former life as a carriage horse, she was neglected and suffered from laminitis in both front feet-- a very painful disease where the hoof wall disconnects from the hoof bone. Her owners were intent on sending her to slaughter because of this ailment, until we intervened to save her. Chance likely contracted this disease from lack of proper veterinary care and pounding the pavement ten hours a day in horseshoes that were improperly fitted. It took months before Chance became the happy, active, alert horse she is today. The transformation was remarkable.

In the absence of any official retirement policy, what will happen to all these horses who are too old or ill to pull carriages? The scary truth is that right now, nobody knows, not even the carriage operators.

What we do know is that those horses are in danger, as are any carriage horses still working who will not have a place to go when they can no longer pull a carriage, unless we take action in the City Council.

This is exactly why the Council must take legislative action to not only increase the standards of care for working carriage horses – the same ones offered to the horses in the NYPD’s Mounted Unit – but also codify an official retirement policy into law, beginning with an unambiguous law banning the sale of carriage horses for slaughter.

Blue Star’s closing presents an incredible opportunity for the City to begin fixing the staggering inequality between how we allow carriage horses to be treated, compared to the higher quality of care horses in the NYPD’s mounted unit receive, both while working and upon retirement.

To make sure the horses that called Blue Star Home don’t end up at an auction, or worse, a slaughterhouse, NYCLASS has already offered to make sure every single horse finds a new home where they can truly receive the care they deserve.

Going even further, we are willing and eager to work with the industry to find and fund homes for horses currently working who will need homes upon retirement.

This is an ongoing crisis. Until an official retirement policy for carriage horses is passed into law and third-party slaughter of horses is clearly prohibited by law, their lives will be at risk.  The lack of rules governing how horses must be treated in retirement is a vital issue that must be addressed before it’s too late.