Marking Three-Year Anniversary of Horse Death That Sparked a Movement 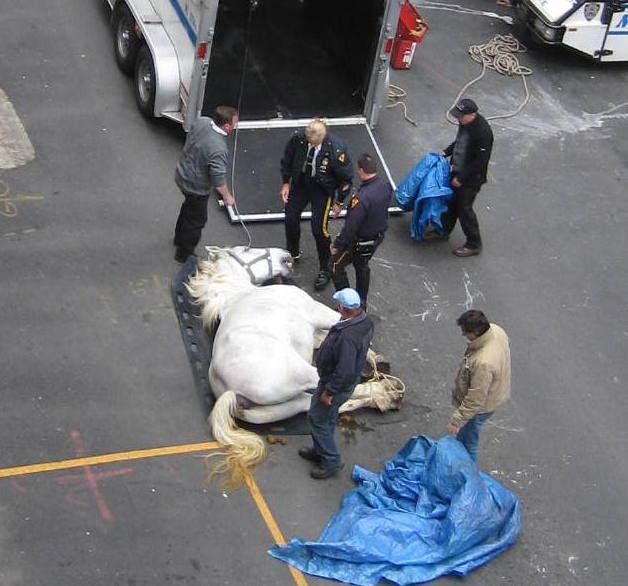 What: This week marks the three-year anniversary of the sudden and tragic death of Charlie the carriage horse, whose death helped galvanize the movement to ban horse-drawn carriages in New York City. An autopsy performed on the horse showed that he suffered an ulcerated stomach and a fractured tooth, one of the many examples of horses suffering in the inhumane and abusive horse carriage industry. NYCLASS will protest in front of City Hall to support Mayor de Blasio's effort to ban the unsafe and inhumane horse carriage industry, and to urge City Council to swiftly pass legislation. This action also follows last Sunday's incident, when a runaway carriage horse named Bernie escaped and bolted in Midtown West, leading police on a wild chase in this video: http://youtu.be/GYx2S_cvjBY

Where: 250 Broadway (In Front of City Council Office Building)

Visuals: Dozens of NYCLASS protestors and a fake dead horse