Yesterday NYCLASS was thrilled to be a part of New York City history as we participated in Mayor de Blasio's bill signing for the truly groundbreaking package of animal rights bills that are now officially the law of the land!  This victory belongs to all of us, including you, our dedicated supporter!

Our signature bill, The Carriage Horse Heat Relief Bill, sponsored by Council Member Keith Powers, was signed into law, and will finally put an end to the misery that horses have endured on scorching City streets every summer when forced to pull heavy carriages during dangerously humid heat waves. That particular cruelty is now consigned to the history books and horses will finally get some relief.  The bill signing yesterday places New York City as a global leader in making compassion for animals a seminal part of a progressive agenda.

The animal right package signed into law also includes establishing an official Office of Animal Welfare. The sponsor of the bill, Council Member Justin Brannan said,  "Today is one small step for man and one giant leap for our four-legged friends. Indeed, it has been said that the moral progress of a society can be judged by how its animals are treated. That is why, in a truly humane city, animals cannot be an afterthought. By establishing this office -- the first of its kind in the nation - New York will lead the way as a city that not only cares about, but prioritizes animal welfare."

Other bills signed into law include banning the sale of cruel foie gras, increasing animal cruelty reporting, promoting animal shelter adoptions and kennel cough vaccinations, and prohibiting the removal and trafficking of wild birds. What an absolutely incredible day for animals and activism and one that have a global impact!

We are grateful to Mayor de Blasio, Speaker Corey Johnson, the bill sponsors and the entire City Council, for making these incredibly victories a reality. But the truth is that without activists doing the hard work of changing hearts and minds, nothing would change.  We are changing the world for animals and activism works!  Today we are a more compassionate City, but we have much more work to accomplish to end carriage horse abuse and gain much needed protections for all animals.

We thank you for never giving up on this fight, and for continuing to support our important work to help animals.  This is just the beginning of the tremendous victories we plan to make for animals with your help! 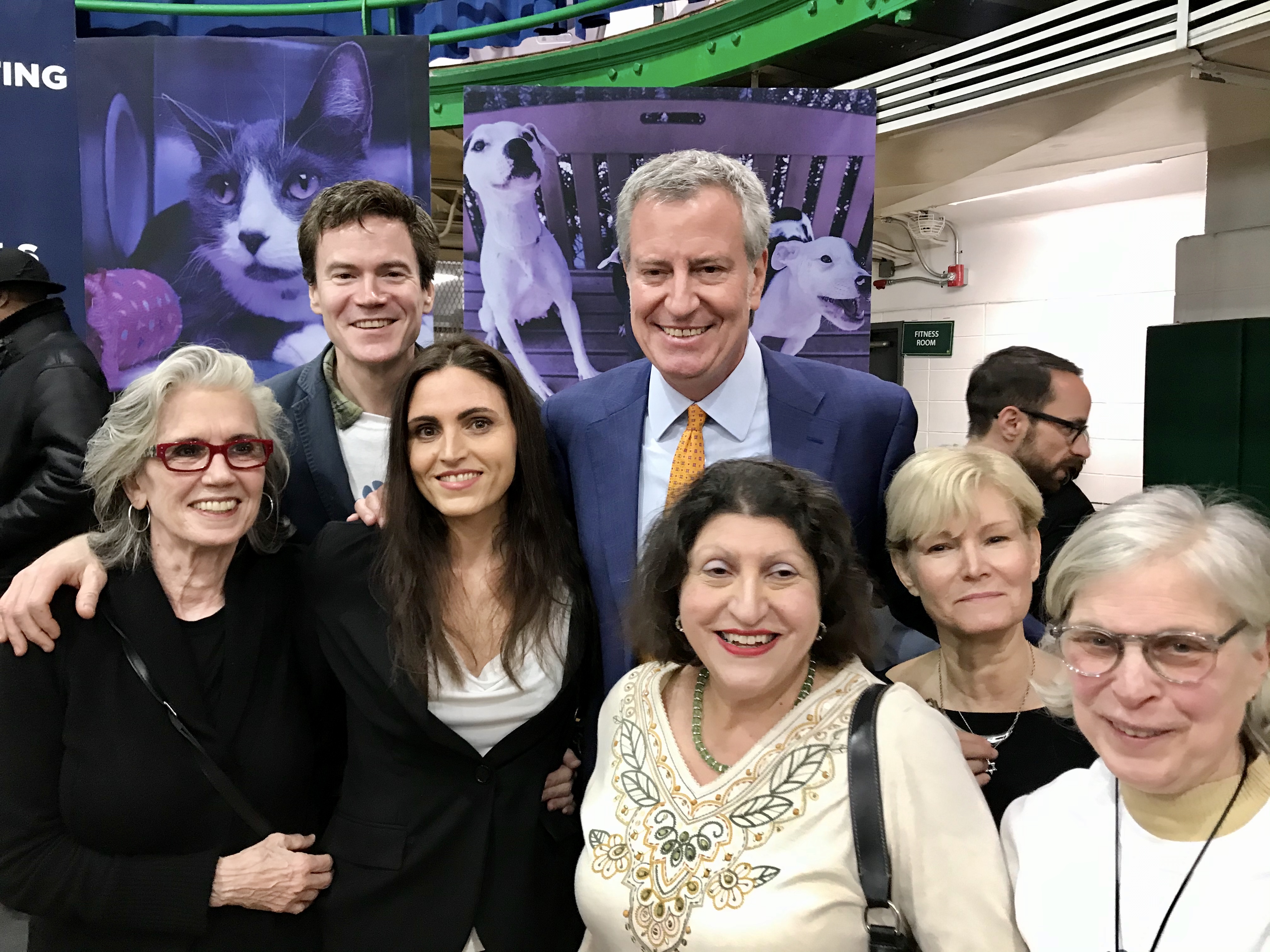