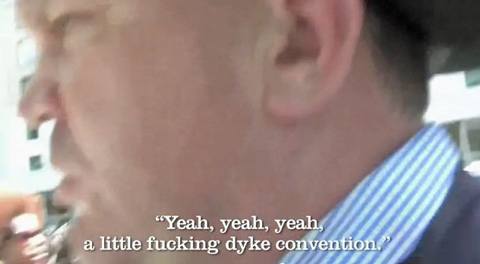 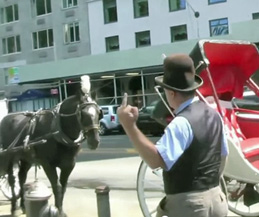 PETA spokeswoman Martina Navratilova has sent a letter to NYC City Council speaker Christine Quinn on the group's behalf condemning the horse-drawn carriage industry following a disturbing incident over LGBT Pride weekend which was captured on video in which a group of women leafleting near the carriages were verbally assaulted with homophobic and racist slurs by one of the drivers.

Navratilova says the incident is just further proof that the NYC horse-drawn carriage industry, given recent accidents which have led to horse and human injuries, needs an overhaul, and urges Quinn to change her position on the issue. 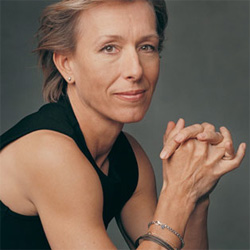 I'm writing to ask that you shift your position on the city's horse-drawn carriage problem, not just because of the danger and the cruelty endured by the horses in midtown traffic but also because of the aggressive homophobia exhibited by carriage drivers.

As any animal lover will tell you, the carriage drivers you support spew hate when anyone expresses concern for the horses they force to work in all weather extremes, and during Pride weekend it was captured on video. "You have a big dyke convention here?" shouted the driver at a small group of women, mostly seniors, who were peacefully leafleting near where the carriages line up. "Fucking ni**er," he said to a black woman in the group. How can you support such a scurrilous industry that spouts racist and homophobic vitriol?

Many PETA advocates, including me, are gay. We share a heightened sense of responsibility in fighting the callous disregard that many have for animal suffering because we have experienced a similar disregard for the cruelty that we ourselves have faced. You are a champion of gay rights; won't you extend your compassion to the city's beleaguered working animals? These animals have been stripped of all their rights and have been denied the opportunity to fulfill their natural instincts. And for years, there have been accidents resulting in horse deaths and human injuries, the most recent occurring just last month when an SUV collided with a horse, which I hope you read about. That's why I urge you to support Intro. 86A, the bill seeking to replace the archaic horse-drawn carriages with eco-friendly classic cars. At the very least, won't you green-light the pilot program to test the viability of this savvy idea? It doesn't cost the city a cent or any jobs and is sure to be a hit with tourists. All eyes are on you to make the right move.

As evidenced by the hateful, bigoted carriage driver in the video, everything about this industry is stuck in the 19th century. Help us move into a more civilized future. I look forward to hearing from you on this important matter.