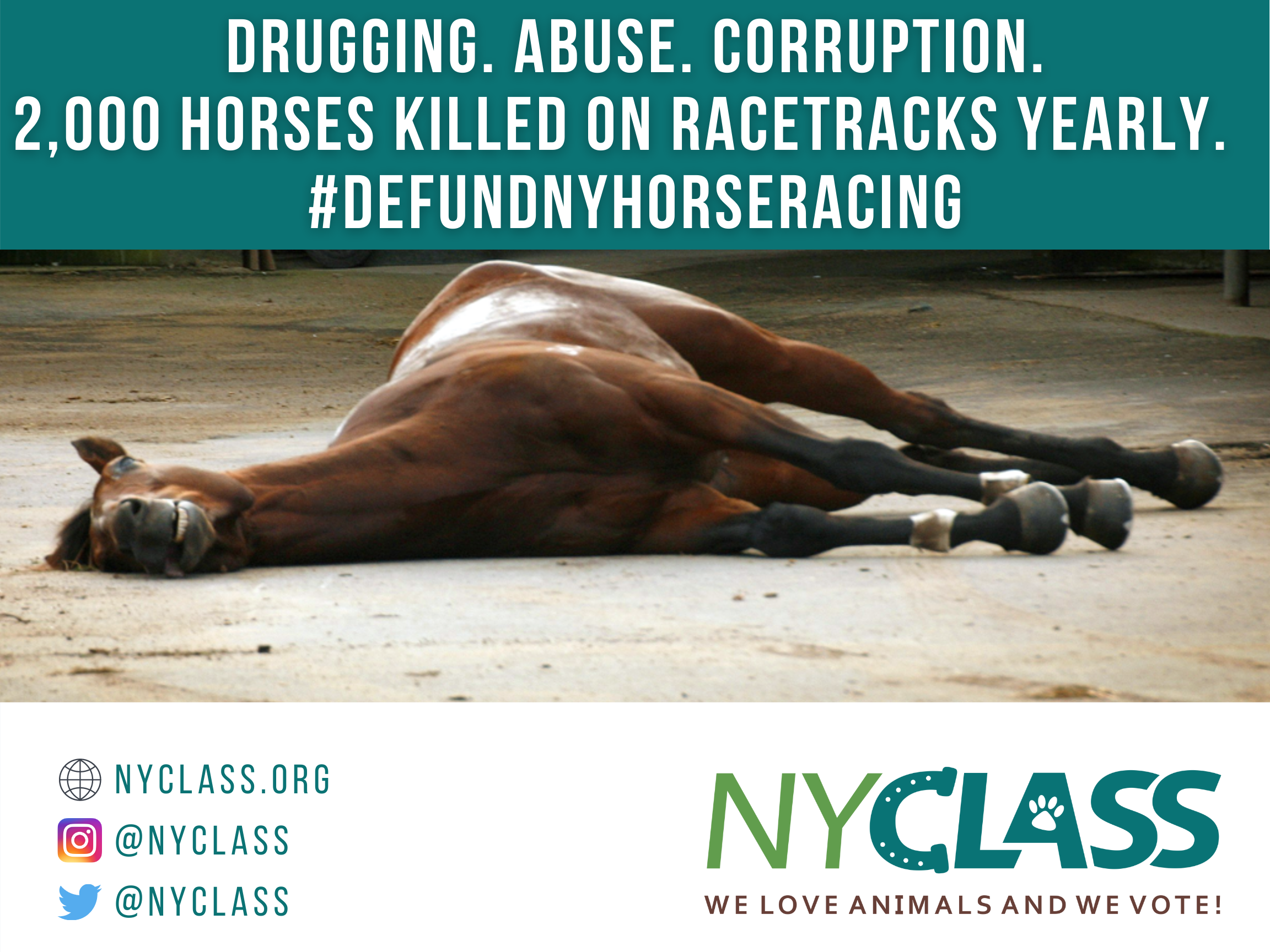 NYCLASS: "Individuals profiting from abuse must be held accountable in every way possible"

NEW YORK -- Following the guilty plea of a drug company's sales director for his role in a horse racing doping scheme in federal court, NYCLASS today called on the state Attorney General to pursue a state investigation into the widespread corruption in New York's horseracing industry. The group also called on New York State to stop directing $250 million in annual subsidies to prop up this failing industry.

On Friday, Michael Kegley Jr. pled guilty to distributing adulterated and misbranded drugs with the intent to defraud and mislead, as part of the federal case, United States v. Navarro et al. The case involves a scheme to drug horses in order to profit from prize money from racetracks across the country, including those in New York.

"The latest guilty plea in the growing horseracing industry doping scandal is a wake up call for New York State regulators to take action. As the U.S Attorney pursues federal charges against this criminal enterprise, the state of New York continues to allow corrupt, exposed dopers like Bob Baffert to run rampant, putting the lives of horses at risk. It is time for Attorney General James to launch a state investigation now. From corrupt drug company executives to disgraced horse trainers, the individuals profiting from abuse must be held accountable in every way possible. There's no excuse for continuing to prop up this corrupt industry to the tune of $250 million per year with money that could be spent on people who need it," said Edita Birnkrant, Executive Director of NYCLASS.