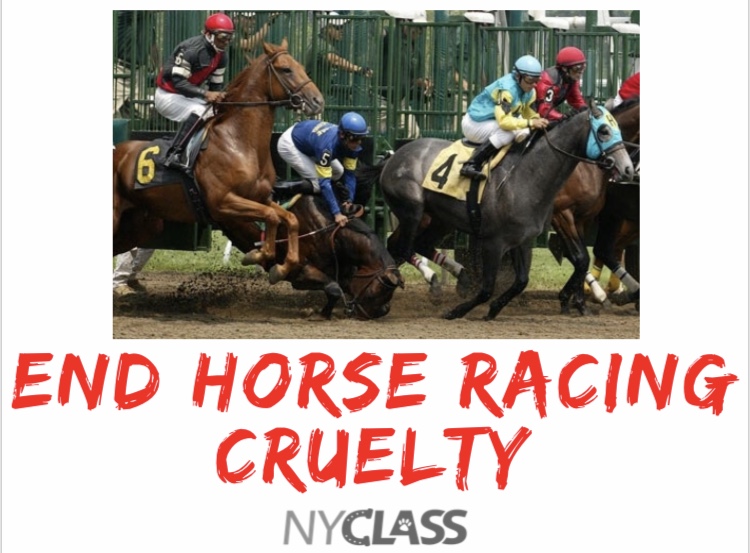 “Today’s news is as disturbing as it is unsurprising. After testing positive for scopolamine – a rightfully illegal substance used by owners and trainers to “enhance” their horse’s performance – Justify should have been disqualified by the California Horse Racing Board’s own rules.

He should have never seen the track. Either the California Horse Racing Board cruelly neglected their responsibility to Justify’s health and wellbeing, or they knowingly and corruptly dragged their feet in investigating this matter for the benefit of his owners.

New Yorkers for Clean, Livable, and Safe Streets (NYCLASS) was founded in 2008 with the core mission of saving NYC carriage horses, enacting animal rights legislation into law, and electing pro-animal candidates to office. NYCLASS is committed to fighting for all animals by working on New York City and State legislation and embracing grassroots efforts to educate and activate the public.