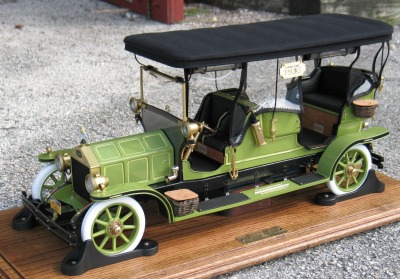 “It's not about the carriage, it's about the horse," said Ian McKeever, a driver and spokesperson for the assocation. "It's about the experience of having a live animal in front of you. That's what's made this a successful business. We are the oldest tourism industry in this city and we are not interested in jumping into any car.”

McKeever said the group, which represents 300 drivers, is banking on its union, Local 553 of the Teamsters, to protect the industry. The union recently endorsed de Blasio, despite his call to ban the carriage horses from Central Park.

“We understand that this is politics,” said McKeever. “Politics is politics, and the union is supporting him for political reasons, but we don't support him, so we expect the union to protect us. ... We are a very small group, and we joined the Teamsters because they have a pull in this city, lobbying power, and they can represent us.”

A source close to the union said replacing the horses with electric cars is a nonstarter.

De Blasio has repeatedly reiterated his promise to overhaul the industry, even after receiving the union's endorsement.

A spokesperson for Local 553 said the union is "committed to protecting the jobs of the horse carriage drivers, and believe a fair and unbiased look at this industry will show that it is an integral part of New York City's tourism industry.”

“The union has to work to protect the jobs of the drivers and the horses," the spokesperson added.

“I said very clearly we are ending horses carriages in New York City," de Blasio said. "Yes, I received support from a union that feels the other way, but that doesn't change my opinion one bit, and I've made that clear to that union, so I'm moving forward on this plan."

De Blasio believes the drivers will find new opportunities after the carriages are replaced with electric cars.

“Those new jobs in our thriving tourist industry I would make available first-come, first-serve to the folks who currently have the horses,” he said during the debate.

Animal advocate groups such as NYClass have developed prototypes and a business plan to help phase out the horses and replace them with electric cars.

"The electric horseless carriage cars will have safety features such as seat belts, a horn and anti-lock brakes which wooden carriages do not have," said Allie Feldman, a spokesperson for NYClass.

Drivers like McKeever are holding out hope they can change de Blasio's mind, with the help of their union.

“Bring it on," McKeever said. "There is not a chance that he's gonna get rid of the horses, and I know the union will stand to protect us.”