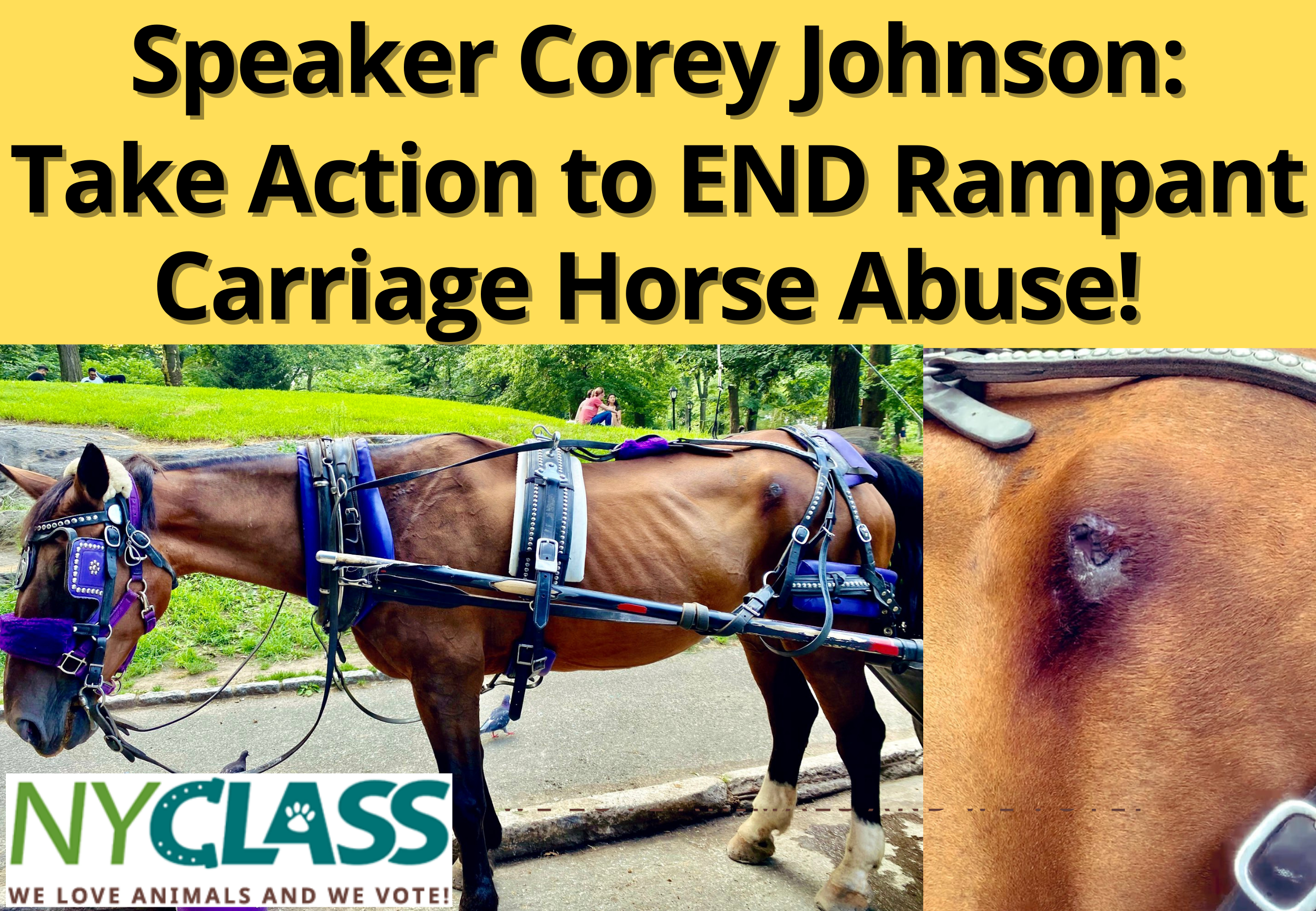 NEW YORK -- After City Council Speaker Corey Johnson publicly condemned the treatment of the latest injured, malnourished horse who was forced to work in New York City with open wounds, NYCLASS today is calling on him to hold hearings and expedite legislation to transition carriage horses off the streets. Following multiple complaints and years of broken promises, Mayor de Blasio and the Department of Health have failed to act.

"Speaker Johnson was right when he said 'we can't let this abuse continue.' But after eight years of lip service and broken promises from city leaders, the neglect and abuse of carriage horses is worse than ever, and the time for action is long overdue. Cities across the world have replaced horse carriages with electric vehicles and other safe, humane forms of transportation, while New York continues to do nothing but sanction animal abuse, vehicle crashes, horse collapses, and deaths. The city must hold hearings and fast-track legislation to permanently stop the rampant abuse of the unaccountable horse carriage industry,” said Edita Birnkrant, Executive Director of NYCLASS.