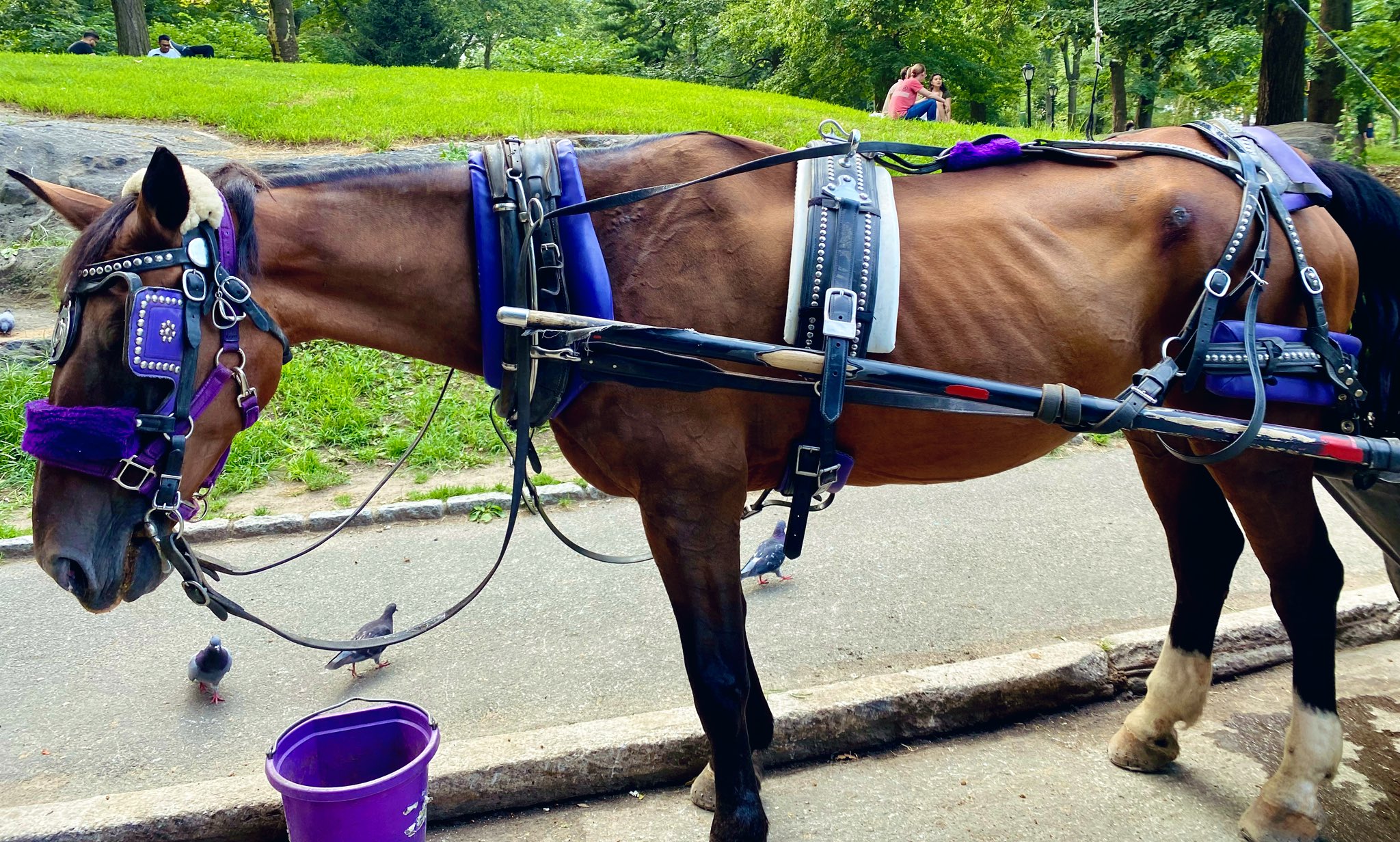 NEW YORK -- Despite repeated reports to the NYPD and NYC Department of Health, an emaciated carriage horse with visible open wounds continues to be working on Midtown streets. On Saturday, a NYC carriage driver was videotaped working the injured, malnourished horse and threatened the woman capturing the scene on video. The carriage license number is #1166.

"It's abusive enough that horses are forced to pull heavy carriages in extreme heat in Manhattan, but it's absolute brutality to make them do it while they are malnourished with open wounds that require immediate veterinary care. It is unconscionable that New York City continues to allow this barbaric industry to openly abuse horses on our streets with no accountability. We are calling on the NYPD Animal Cruelty Investigation Squad to investigate the horse's condition immediately," said Edita Birnkrant, NYCLASS Executive Director.

According to experts and veterinarians who have received the videos and photos, the horse needs to be immediately taken off the streets and examined. After first reporting the abuse to authorities on August 9, NYCLASS has called on the NYPD and NYC Department of Health to remove this horse from the streets, allow a veterinary exam and investigate the situation. 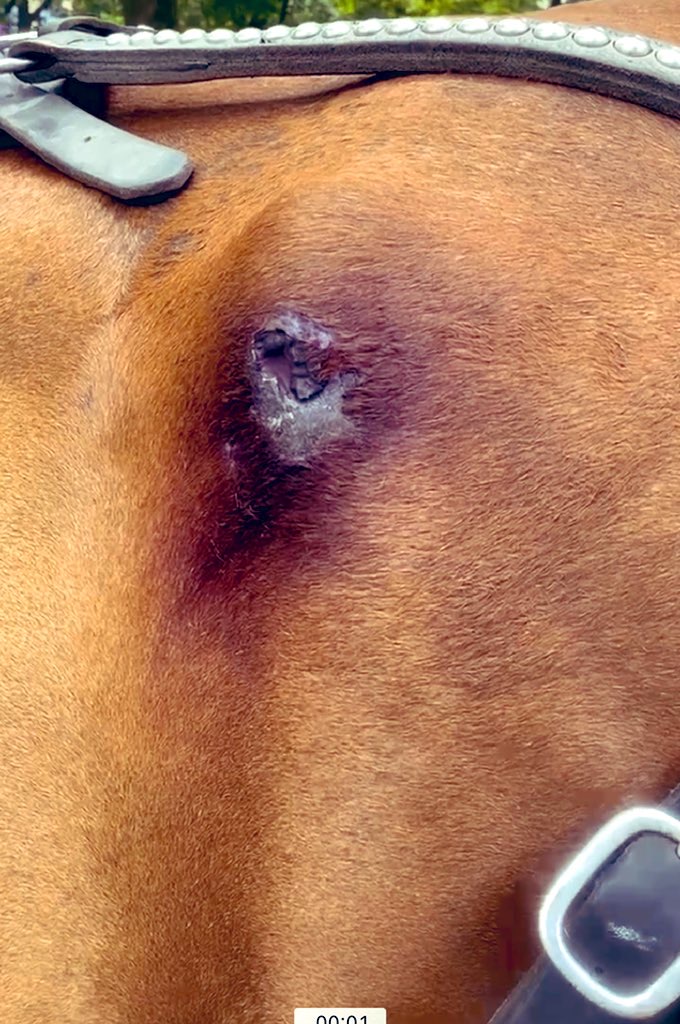 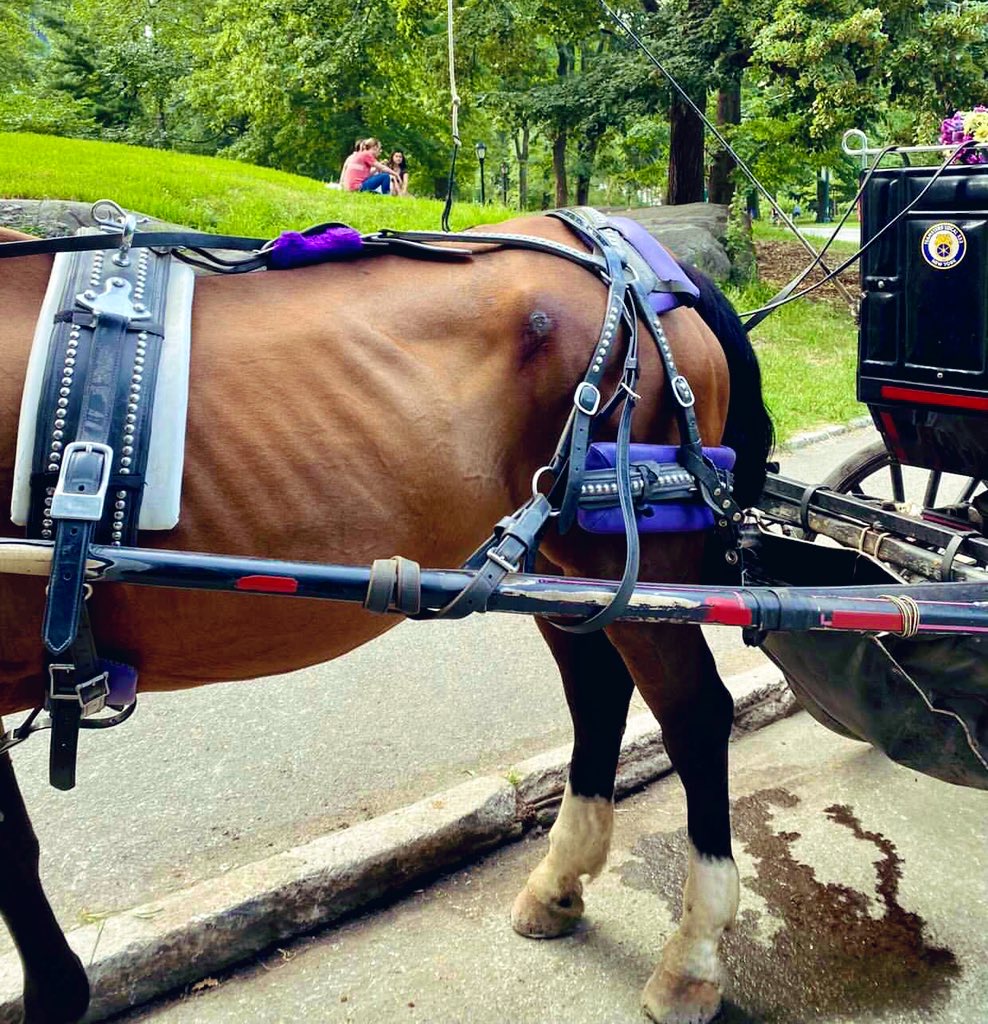