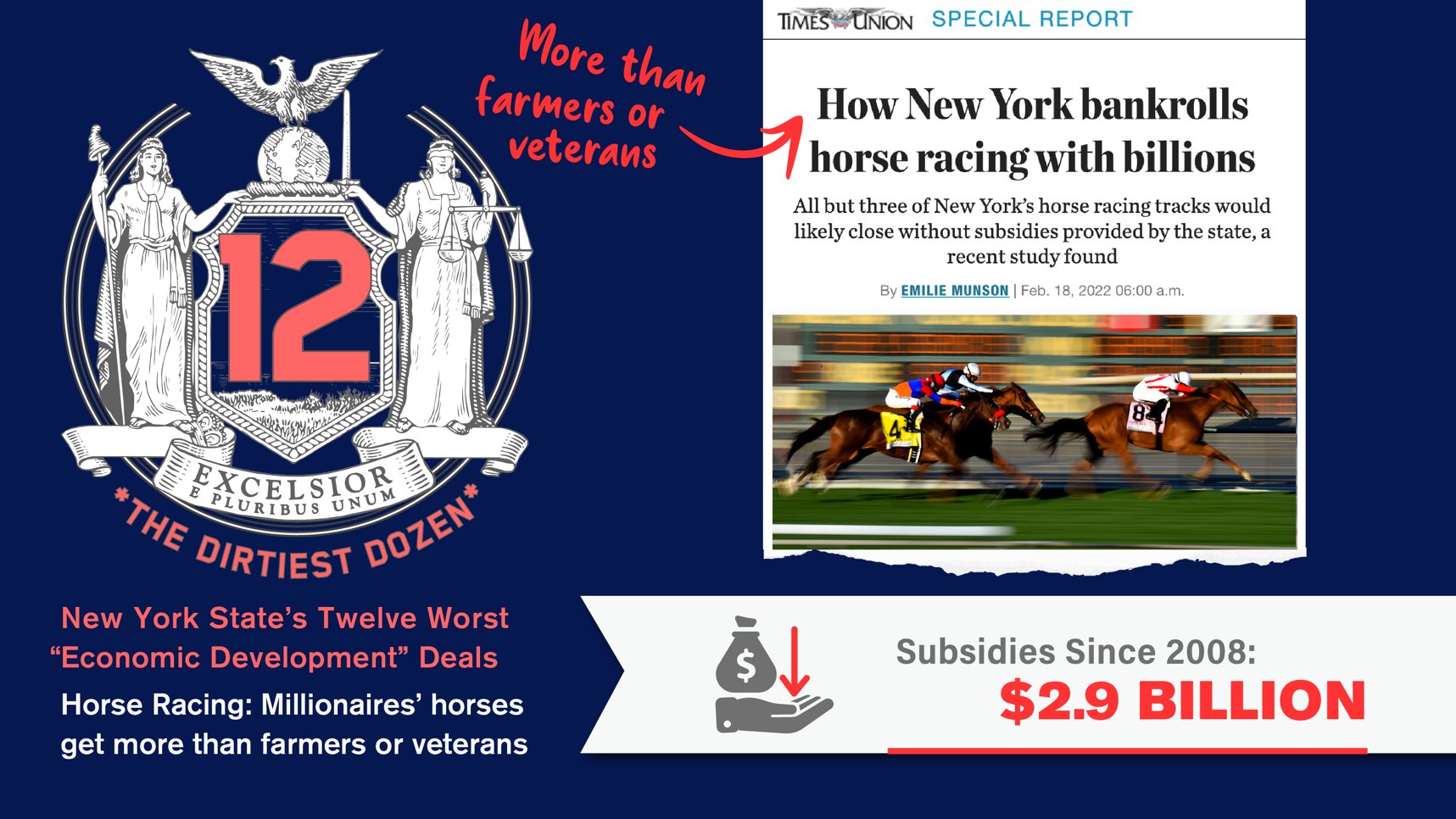 The following statement can be attributed to Edita Birnkrant of the Campaign to End Horse Racing Subsidies in response to today's report listing the $2.9 billion in handouts to the horse racing industry as one of the dirty dozen state economic deals.

"Today's report from the American Economic Liberties Project gets it exactly right -- New York's $2.9 billion giveaway to the private horseracing industry is one of the dirtiest deals in state history. Thanks to this agreement, many wealthy horse owners, breeders and trainers are pocketing millions of dollars a year that should be spent on hiring 2,500 teachers. That's shameful. Let's use this outrage to pass legislation this year to end these corporate handouts to an industry notorious for abusing workers and animals, and redirect the money back to real New Yorkers."