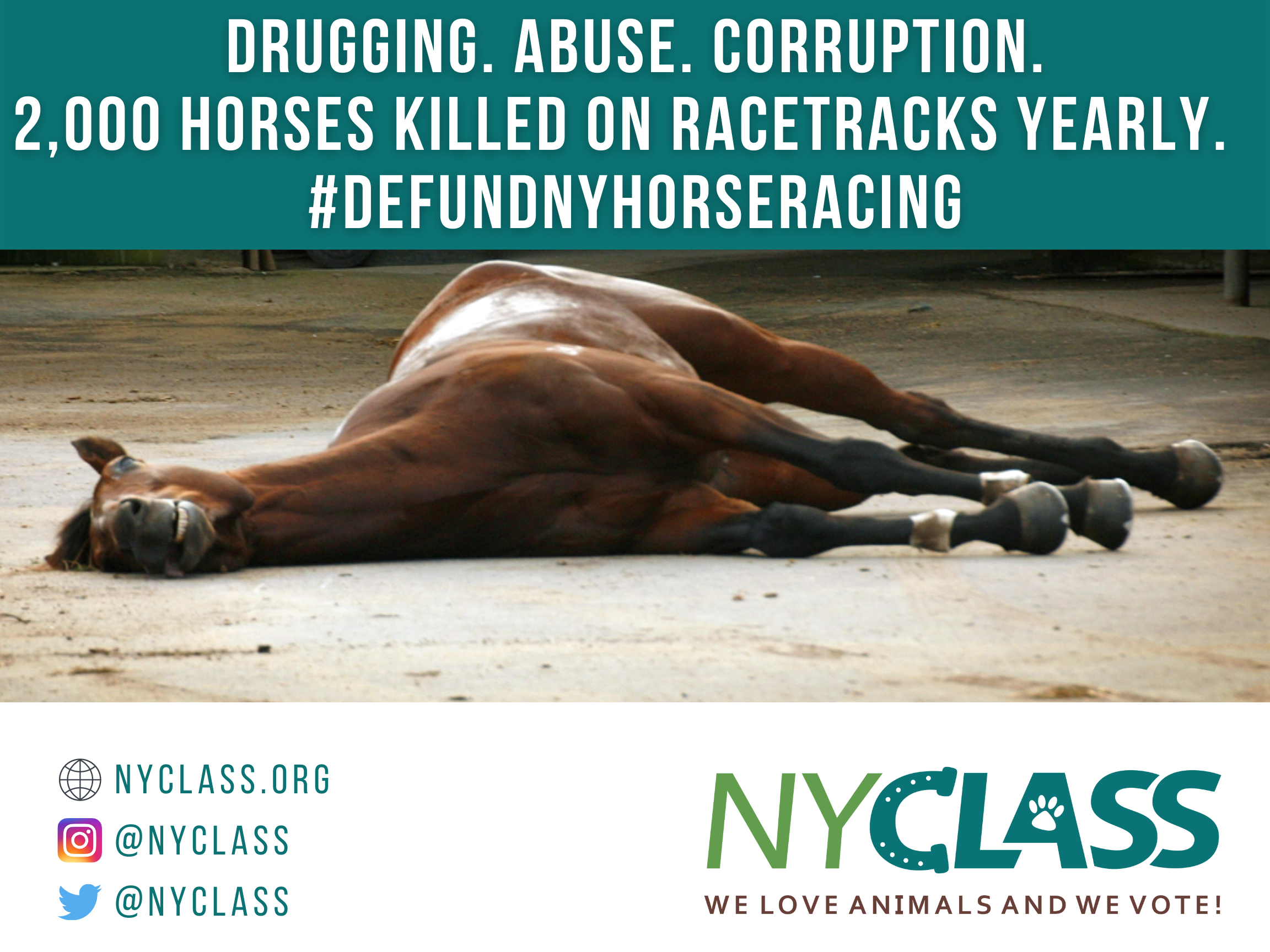 Why does NYRA believe giving million dollar prizes to brutal dictators is a better use of tax money than helping real New Yorkers?

SARATOGA -- Following Saturday's Travers Stakes, advocates are calling on the New York Racing Association to block the payment of millions of dollars in state-subsidized prize money to a pro-slavery billionaire sheik who abused his daughters and wife. The horse that won the race, Essential Quality, is owned by Godolphin, the private stables of billionaire dictator Sheikh Mohammed bin Rashid al Maktoum of Dubai.

"Why is New York state tax money being funneled to a billionaire with a long record of directing abductions and enslavement? Does NYRA really believe that giving tax-funded prizes to brutal dictators is a better use of tax money than supporting public education, family farms or senior programs? A system that sends $220 million in annual subsidies to a gambling industry that then hands the money over to a billionaire dictator is hopelessly broken. It's disgusting and must be cancelled," said Edita Birnkrant, Executive Director of NYCLASS.

Who is Sheikh Mohammed bin Rashid al Maktoum, the owner of the winning horse in the Travers Stakes?