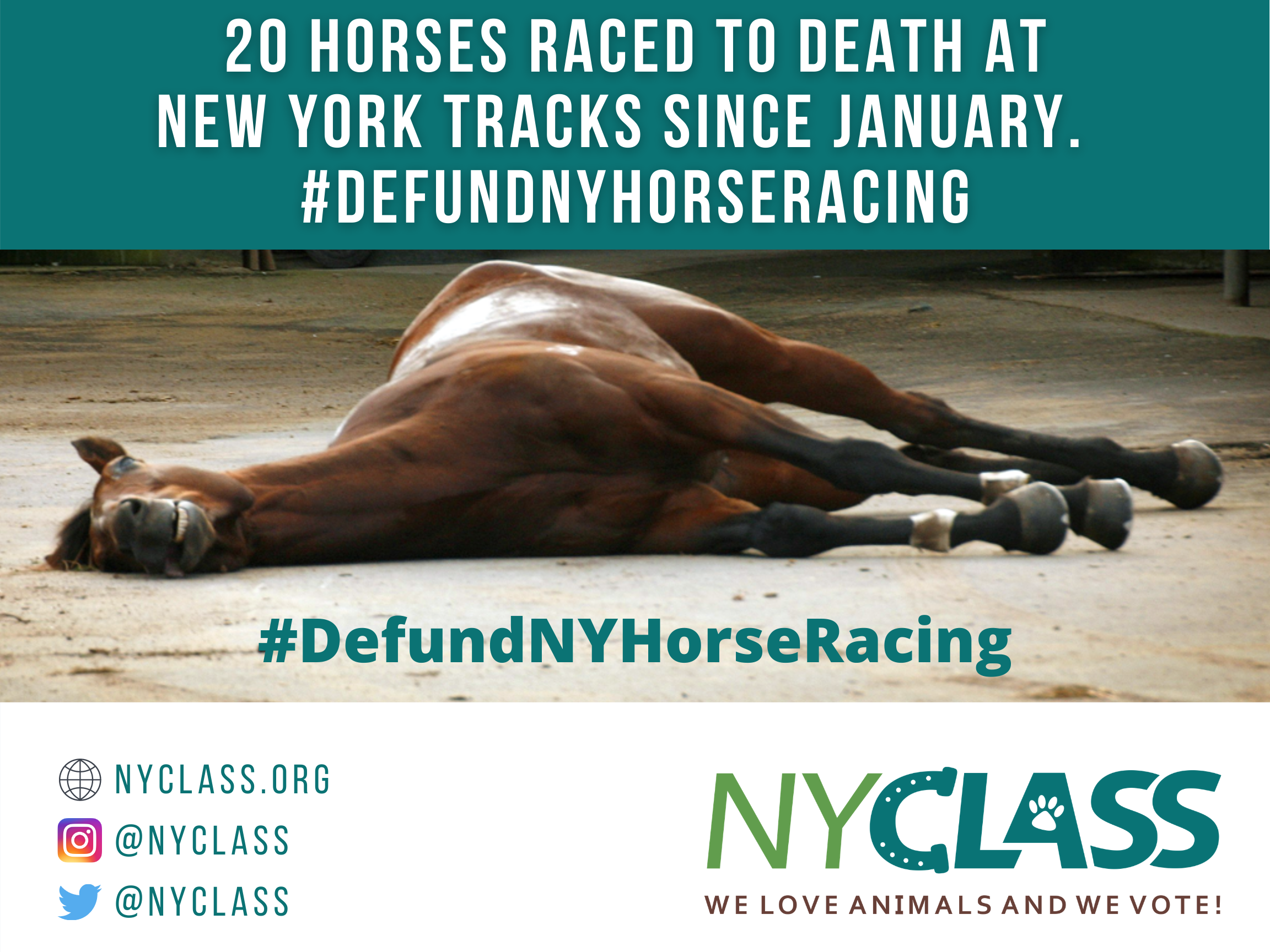 NEW YORK – Since opening day of the racing season at Belmont Park last Thursday, three more horses have died, one while racing and two while training. The latest equine death was recorded this weekend, only days after a separate Belmont stable fire killed two additional horses. The death toll at Belmont Park is now at 16 horses so far this year, and there were 22 reported deaths at all three NYRA tracks since January. Advocacy organizations New Yorkers for Clean, Livable, and Safe Streets (NYCLASS) and PETA called on the state to stop directing millions of dollars in subsidies to prop up this failing and deadly industry.

Edita Birnkrant, Executive Director of NYCLASS said, “The three horses that died on the track at Belmont are just the latest casualties of this corrupt industry that treats animals and workers like garbage. From forced doping to abusive training methods on young horses, the state has turned a blind eye to a culture of abuse, injury and death on and off the tracks. New York State directs more than $250 million every year in subsidies to bail out the failing horse racing industry. Enough is enough. Gov. Cuomo and the New York State Legislature must defund horse racing and redirect much needed funds to help New Yorkers in need.”

Kathy Guillermo, Senior Vice President, PETA, said, “Just days after Belmont Park opened for the season, three horses are dead, bringing the total number of racing and training deaths in the state to 20 in fewer than four months. Yet New York race tracks are propped up with at least $250 million in support payments from the state, and it’s money that has no strings attached—they don’t even have to keep the horses alive. The deaths and the corporate handouts must be stopped.”
Do you like this post?