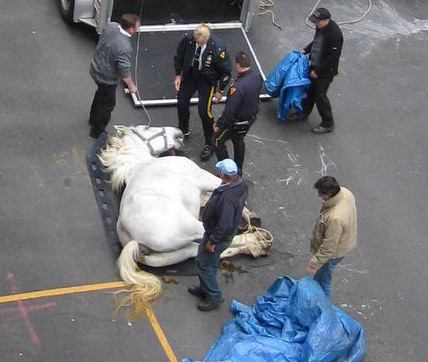 On October 23rd, 2011, Charlie the carriage horse dropped dead on 54th Street. His death resonated around the world as people began to realize that the carriage industry is not romantic -- it's a cruel tourist trap. We will NEVER stop fighting to ban horse carriages. We won't allow Charlie's death to be forgotten. Join us on Monday, October 26, at 5th Ave and 59th Street (by the horse statue in Grand Army Plaza), from 5:30-7:30 p.m for a vigil and protest in remembrance of Charlie.

RSVP below to speak up for Charlie and all abused horses!