Carriage Horses Had a Terrible 2018. Here are 5 Ways to Make NYC Less Miserable for Horses and Safer for Pedestrians in 2019

1. In 2018, carriage horses were subject to harsh and cruel weather conditions.In 2019, NYC must change the current laws so that horses are no longer forced to work during torrential rain, snowstorms, thunderstorms and high-humidity heatwaves.

In August, NYCLASS documented a carriage horse heaving in extreme respiratory distress during a high-humidity heatwave - with no relief from the burning sun. Many other horses suffered while citywide heat-advisories were in effect, yet the horses were offered no mercy. Horses also worked for hours on dangerously slick roads during the November 15th snowstorm and routinely endure heavy rain and thunderstorms. It is dangerous for everyone to have horses traveling throughout midtown Manhattan on slick roads, where they can easily slip and fall. 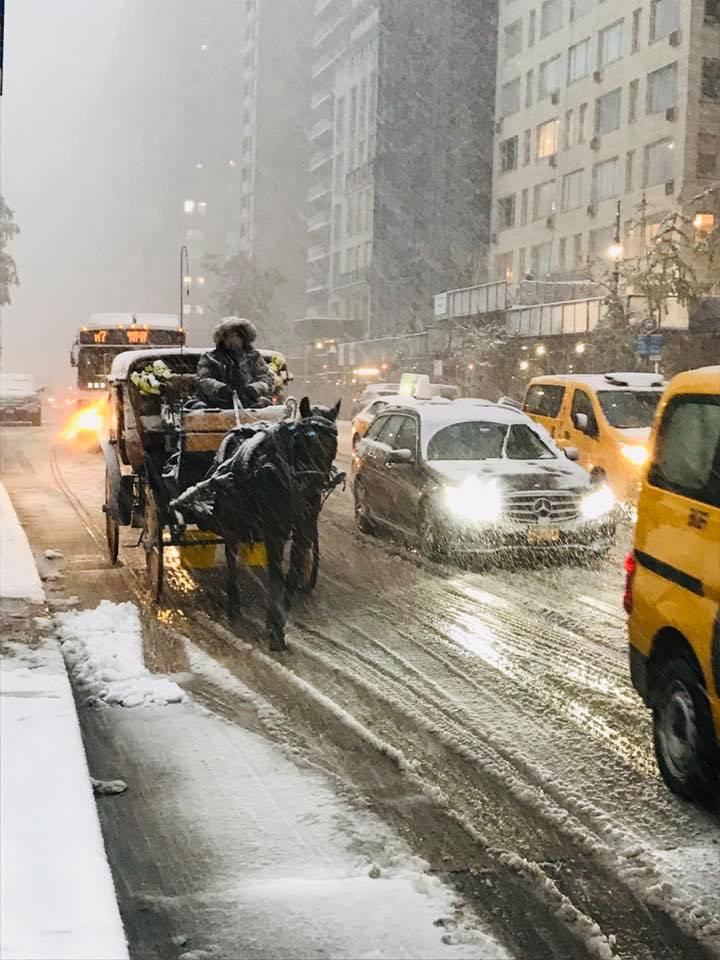 Carriage horses were worked for hours on slick streets during the Nov 15th snowstorm.

2. The horrifying carriage horse crash in February of 2018 resulted in three tourists being hospitalized. It was the result of a spooked horse taking off into traffic without his driver and crashing into parked cars on 59th Street. In 2019, relocating the carriage horse boarding areas location from 59th Street into car-free Central Park would create a safer and more humane environment for horses and the public.

Additionally, the City must put an end to the constant and incredibly dangerous illegal U-turns carriage drivers make on 59th Street, in order to get back to the current hackline location there. The frightened horses are forced into incoming traffic so drivers can make this U-turn, often forcing moving cars to stop abruptly as the horses are maneuvered within inches from the cars. This causes even more congestion on already heavily trafficked 59th Street. It is inconsistent with the City’s Vision Zero goals. 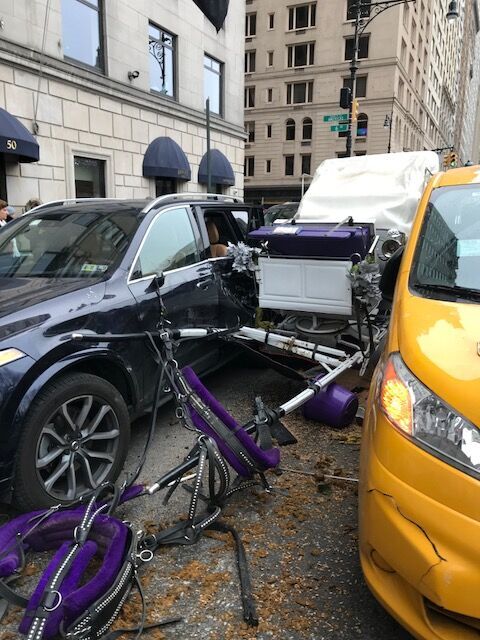 3. In October 2018, two carriages horses were found dead in two different stables in the same week. Both horses died of colic—an agonizing death often caused by poor stable conditions, improper vet care and poor feed. In 2019, NYC should pass laws that ensure carriage horses have areas to exercise and move about freely every day in their stables, as the NYPD Mounted police horses have in theirs.
Currently, carriage horse stalls are too small and horses have no ability to move freely at all after being shackled and pulling carriages nine hours every day. This is cruel and the City must implement appropriate standards. 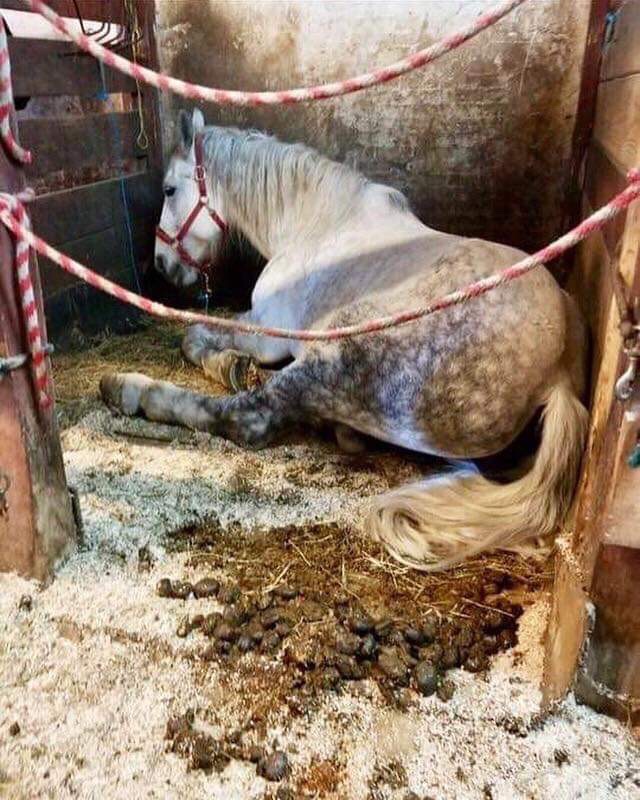 4. In 2018 carriage drivers were caught behaving badly on many occasions—including literally falling asleep while giving a ride.In 2019, better enforcement of driver standards is required. Carriage drivers must no longer fall asleep, text or talk on the phone while driving. Motorists cannot behave this way and neither should carriage drivers.

This past month, four frightened tourists from England reported to NYCLASS that their driver repeatedly fell asleep while giving them a ride - and was not holding the horse reigns - even after a police officer pulled him over inside Central Park and reprimanded him. Enforcement of the rules is also needed so that no ride can start prior to 10am, a violation of rules that NYCLASS has documented. Moreover, NYCLASS has also found carriages being overloaded with too many passengers—another violation.

5. In 2018 - as in years past - carriage horses were sold off to an unknown fate by their owners. In 2019, NYC needs an official retirement policy for carriage horses akin to the NYPD Mounted Horses Unit.

No longer should NYC carriage horses be sent to slaughter after a life of pounding the pavement. NYC should mandate that the carriage horse industry follow NYPD standards and lower the retirement age for carriage horses. The current retirement age of 26 - the human equivalent of a senior citizen — is far too old for horses to still be dragging carriages through traffic. 20 years old is the retired age the NYPD Mounted police horses and carriage horses deserve the same respect and mercy.