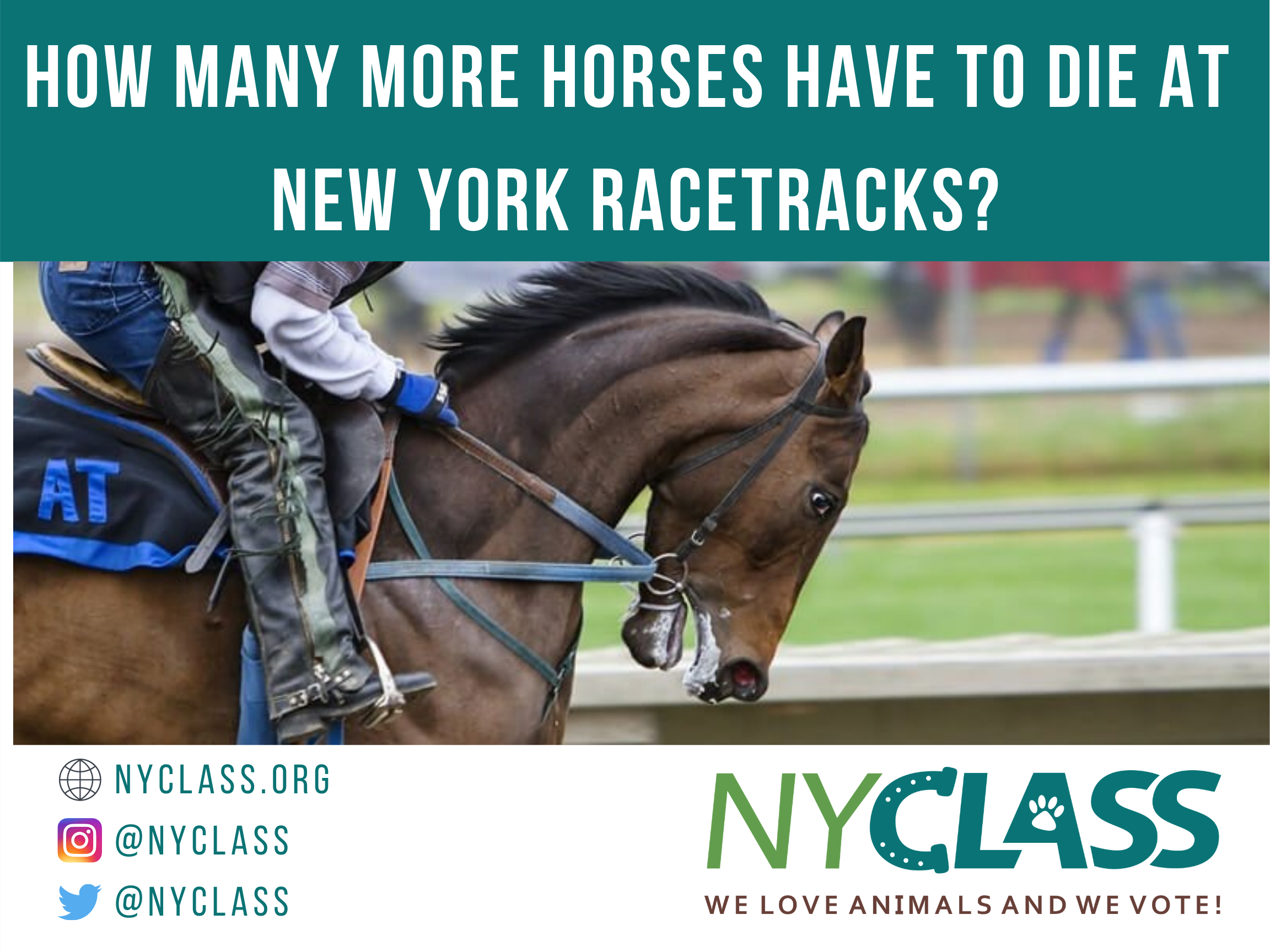 NYCLASS & PETA CALL FOR FULL INVESTIGATION OF FIRE SAFETY AT NYS RACETRACKS FOLLOWING DEADLY BELMONT FIRE
13+ Horses Dead In 2021 At Belmont, Including Two in This Week's Fire & 52 in 2020

NEW YORK – Following the latest fire that killed at least two racehorses at Belmont Park Tuesday night, New Yorkers for Clean, Livable, and Safe Streets (NYCLASS) and PETA called on the New York State Gaming Commission today to conduct a full investigation of fire safety at all horse racing facilities statewide. The groups also demanded a complete accounting of the condition and whereabouts of the other horses at Belmont that were evacuated from the fire. The following statement can be attributed to NYCLASS Executive Director Edita Birnkrant:

“Another day brings another disaster at New York's racetracks. The New York State Gaming Commission must conduct a thorough investigation of fire safety at all horse racing facilities statewide. The confirmed deaths of two horses on Tuesday night at Belmont come in the wake of 11 horse deaths at the same facility this year, and 52 deaths in 2020. It is worth noting that these figures do not include the number of gravely injured horses that are ultimately euthanized. In addition, we are calling for a complete accounting of the condition and whereabouts of the 58 other horses that were allegedly evacuated from the Belmont fire, including a detailed report on whether or not any of these animals were put to death since the evacuation. The forced doping and cruel training methods of young horses leads to continual abuse, injuries, and deaths on and off tracks. This latest deadly fire at Belmont highlights the dire need for accountability and reform of a corrupt industry that places profits over horses and people."