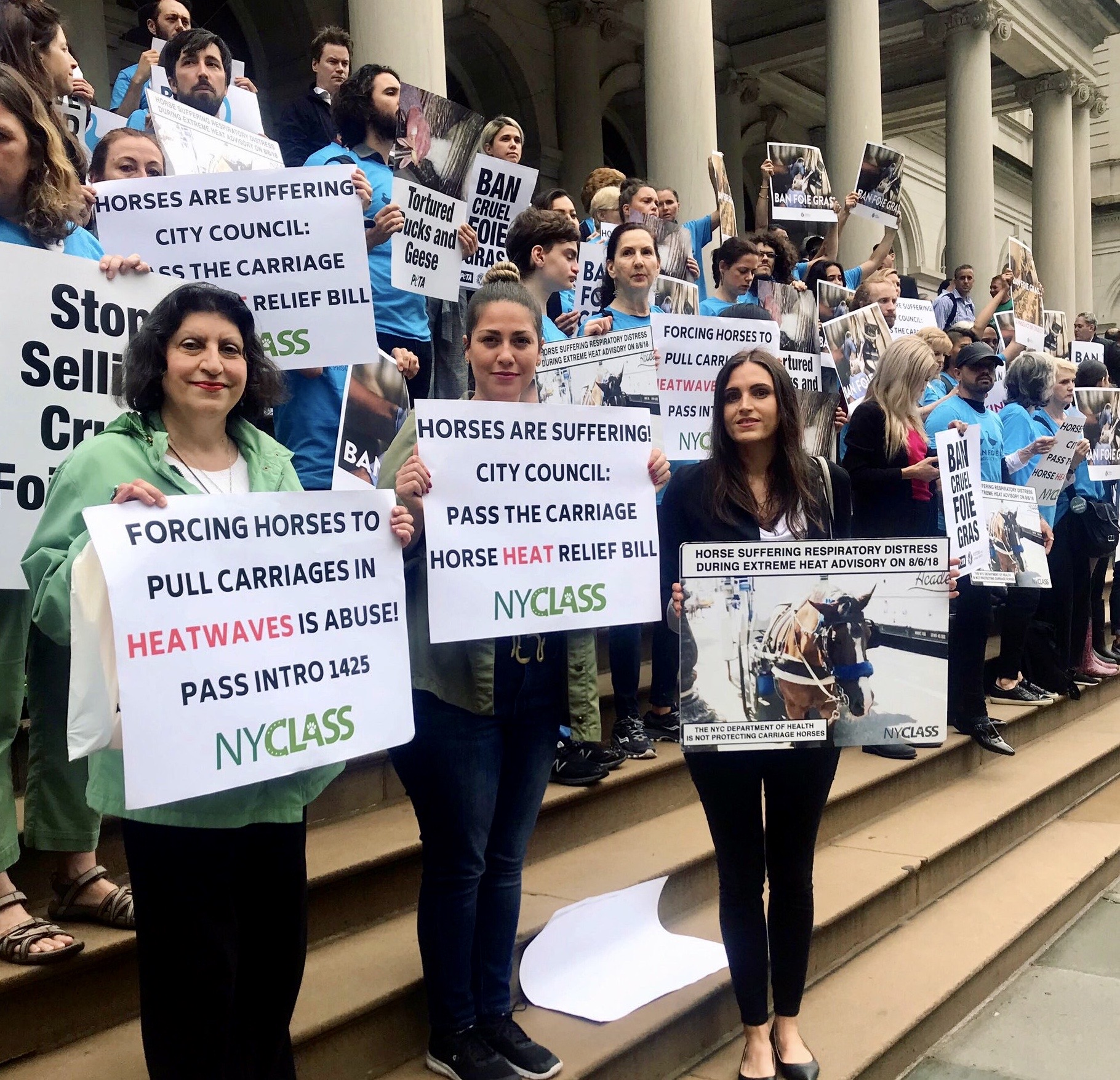 NYCLASS (New Yorkers for Clean, Livable, and Safe Streets) is a a 501(c)(4) non-profit animal rights organization founded in 2008 on the core mission of saving NYC carriage horses, enacting animal rights legislation into law, and electing pro-animal candidates to office. NYCLASS is committed to changing the world for animals and seeks to create a truly humane society for all by passing New York City and State legislation, embracing grassroots efforts and on the street activism to educate and activate the public.

The historic New York City package of animal rights legislation in New York City was passed by the New York City Council and signed into law by Mayor Bill de Blasio on November 25, 2019!  In addition to NYCLASS's signature Carriage Horse Heat Relief Bill, several other bills to protect animals and end abuse were signed into law, including the Ban on the sale of cruel foie gras, the creation of the Nation's first Office of Animal Welfare and many more! We are committed to building upon these recent victories and forging ahead to pass more legislation to end abuse and win more victories for animals in New York and beyond.

CONTACT: If you have any questions, or need additional information, please email Edita Birnkrant at [email protected]

Meet our staff and Board of Directors.